Why Every American Should Celebrate Constitution Day 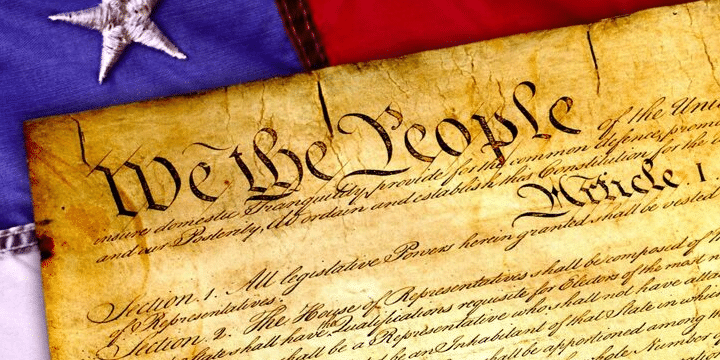 Today is the anniversary of the signing of the U.S. Constitution in 1787. An incredible document that has influenced and been the model of dozens of nations’ constitutions since. Today is a day to celebrate the freedoms the Constitution guarantees. Kay Cole James, president of the Heritage Foundation, gives us a reminder of what today is all about:

Put bluntly, understanding the basics of the Constitution and ensuring that our government adheres to it is in our own best interest. The Constitution – the document that governs our government – protects our very way of life and ensures the freedoms we enjoy. Without it, the government has the capability of running roughshod over our rights.

Despite the fact that the Constitution and its accompanying Bill of Rights protect our most basic freedoms, these documents and the founding principles they embody are under increasing attack.

Many on our college campuses, in the media, and in politics have stepped up their efforts to try to dismiss our founding and to rewrite our history, attempting to change the image of America from the most successful experiment in self-government and representative democracy in the history of the world to an evil, self-serving nation that’s the cause of the world’s major problems.

Of course, we know that our system of government is not perfect. Despite our high-minded founding ideals, we allowed slavery, discrimination, and the internment of law-abiding citizens, and we withheld the right to vote from women and minorities.

We haven’t always lived up to our principles, but our Founders created a framework that allows society to continue to grow into the principles we profess and recognize the errors of our ways and correct them.

The Constitution was created as a contract between the American people and their government to protect America’s founding principles.

We wanted to be citizens, electing our leaders – not subjects of a king and his lords. We wanted our leaders to be bound by certain rules.

We wanted to be free to practice the religion of our choice and to speak freely without government restraint. We also wanted the federal government to be limited in its authority, serving mostly to protect citizens’ life, liberty, and property without unduly restricting their freedom.

The Constitution is a beautiful thing, and it’s up to each and every one of us to preserve its integrity.