What Xi Knew and When He Knew It 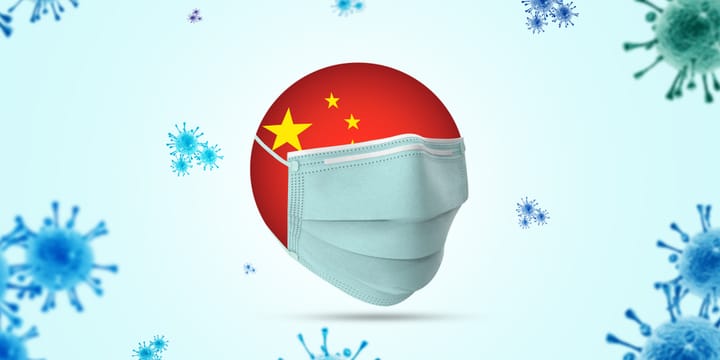 The Coronavirus, or as some call it the Wuhan Virus, originated in China. The steps that the Chinese Communist Party took to suppress information and their authoritarian manipulation of data make them liable for the disease’s spread to the entire globe. China is now in full PR mode, trying to maintain some sort of innocence, even going as far as to blame the United States, claiming that the military planted the virus.

Bradley Thayer and Lianchao Han explain in their op-ed in The Hill:

Between Dec. 27, 2019, and Jan. 5, 2020, five firms and institutions detected a SARS-like coronavirus that caused pneumonia among people in Wuhan. The researcher who first sequenced the virus exclaimed that it could be more prevalent than the plague. One tester mistakenly reported that the virus was SARS. As a result, the Wuhan Health Commission issued an internal urgent notice about the virus and reported it to China’s central government, while telling the public that no clear evidence existed for person-to-person transmission.

This caused at least eight medical professionals to sound the alarm to the public. Chinese police censured these “rumor-mongers” and silenced any other whistleblowers. On Dec. 31, China’s National Health Commission dispatched the first group of experts to Wuhan and the WHO learned of the outbreak. We now know that by the end of 2019, there were at least 104 cases in Wuhan. With so many cases, most governments would institute an emergency response.

The center’s CCP chief told reporters that they knew then the virus could spread through human contact and began telling doctors to take precautions. This is the reason that China’s health authorities finally launched a second-level emergency response on Jan. 6. Later, the center’s lab provided the international community with the virus’s genetic sequence for the first time, and as a result was forced to close by Chinese authorities.

By this time — but almost certainly well before — Chinese President Xi Jinping must have known what was transpiring. On Jan. 7, he hosted a CCP leadership meeting and likely was briefed by health officials about the Wuhan outbreak. We do not know exactly what was said in that meeting, of course, but from subsequent conduct and leaked information, we know that China began to take measures to stop the outbreak’s progression while still concealing it from the public. Xi ordered that officials must not spoil the atmosphere of the Spring Festival, the Chinese New Year, during which about 3 billion national trips take place. This is perhaps the primary reason that Chinese authorities and media deliberately misled the public about contagion.

Clearly, Xi Jinping’s treachery goes deeper than we know. His government’s coverup of the worst pandemic the globe has seen in recent memory solidifies China as the number one threat to freedom and life on this planet. The Chinese Communist Party’s actions cannot go unpunished.