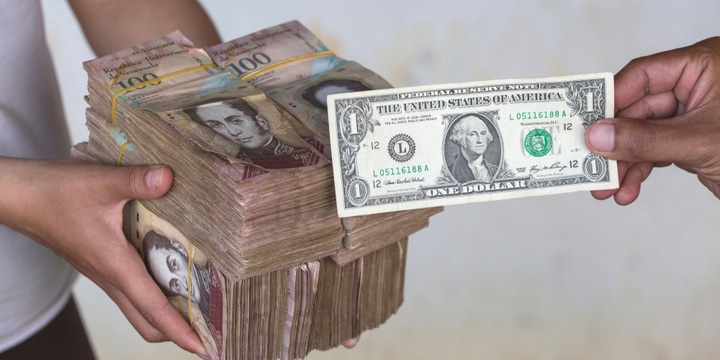 It’s shocking how many young people are supportive of socialism. Time and time again, socialism has been proven to be the worst economic system ever created. Take what’s happening in Venezuela, for instance. The far-left socialist regime has caused inflation to skyrocket out of control. The oppressive government beats and shoots citizens in the street.

Brendan Pringle of the Washington Examiner has the details:

Since the election of President Nicolás Maduro to his first term in April 2013, the South American country’s once-thriving economy has collapsed under the weight of its failed socialist policies, causing inflation to rise by a whopping 1,300,000%, and leaving the nation’s poor struggling to survive. More than 21% are suffering from hunger, according to the Food and Agriculture Organization.

“The situation is extremely dire for the huge percentage of the population that lives in poverty,” Andrés Guilarte, a young Venezuelan political activist who is now living in the United States, told the Washington Examiner. “Almost 90 percent [of the country] is living with less than $1 per month.”

Guilarte has dedicated his life to fighting back against the rise of tyranny and the trampling of basic political freedoms. His term at the Central University of Venezuela was interrupted by government officials who intimidated freedom fighters on campus with tear gas. After leaving Venezuela in early 2019 to work as an intern with the Cato Institute in Washington, D.C., he has been sharing his story with the world.

Guilarte argues that socialism has taken the people of Venezuela to a “primitive survival mode.”

“Every single day, people are facing choices between buying food or paying for bus tickets, eating garbage, not being able to find medicines or not having money to pay for it, [as well as] water and electricity shortages,” said Guilarte.

“Millions of people, due to the constant electricity and water shortages, had to go back to using oil lamps and gathering water in big plastic containers. Every single one of the factors that make the humanitarian crisis as bad as it is is growing day after day, and people are leaving the country by any means they can.”

Venezuela was once a thriving and bustling economy and now, thanks to the horrors of socialism, people are forced to scavenge for food, and flee the country. Capitalism is the only way!