The Violent Hypocrisy of the Left 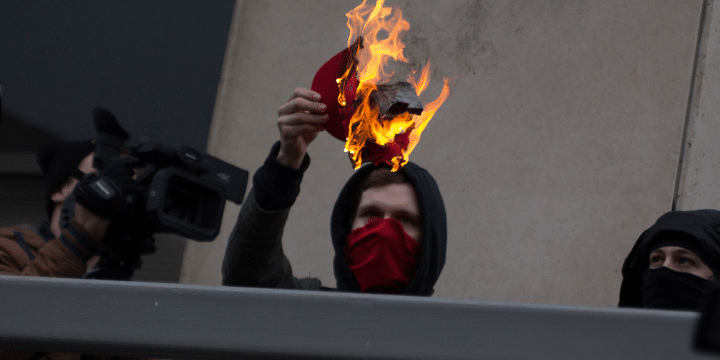 Over the weekend, an Antifa activist attacked an immigration detention facility in Tacoma, Washington. Armed with a rifle and flares, Willem Van Spronsen attempted to set the building on fire before dying in a shootout with police.

How did people respond to the violence? Antifa called him a “martyr” and a “hero.” Even CNN appeared to glorify the attacker.

Some took to social media in support of the attack.

RIP to anarchist fighter Willem Van Spronsen. The attack on the ICE facility in Tacoma is a proportionate action against enslavers and internment camp operators. He joins a long list of fallen anarchist martyrs who fought for a liberated world! https://t.co/teXxBeUTLU

Has Twitter taken action on suspending such users who appear to be violating its policies by promoting violence? It hasn’t yet. Will all Democratic candidates and progressive lawmakers respond to this heinous act or call out Antifa? Probably not. When will they? When there are casualties involved? They certainly haven’t when it came to the Antifa attack against journalist Andy Ngo resulting in bruises and brain hemorrhaging.

Consider if the same attack happened but involved a conservative. The liberal news media, 2020 candidates, and lawmakers would jump at the opportunity to condemn the violence of “extreme right-wing” activists and recite “Violence is not the answer.” Any Twitter user who calls the attacker a “martyr” or a “hero” would immediately be suspended or even banned.

This latest attack is an unfortunate example of the hypocrisy of the Left: “Violence is not the answer but only when our own initiates it.” Left-leaning lawmakers, news networks and social platforms must discourage and/or call out the violence from Antifa and other activists encouraged by this latest attack before someone gets killed.