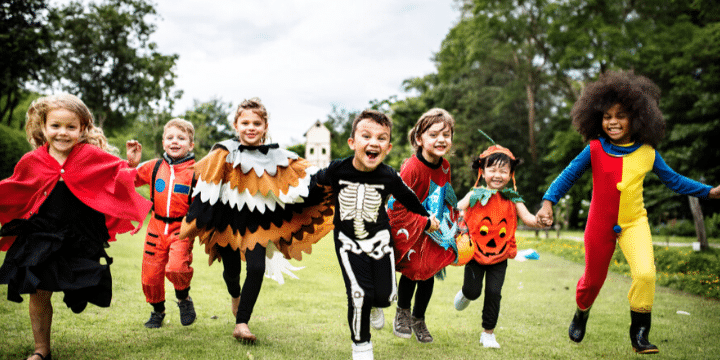 In recent years, an odd phenomena has arisen, especially on college campuses. Halloween costumes have been driven out as spectacles of “cultural appropriation.” What a crock!

Take it from Jonathan Turley in The Hill:

Halloween is again upon us. Across the United States, the prospect of frightening images have some pledging to skip the holiday or closely shield their children. It is not the scary decorations or costumes but “cultural appropriation” that has triggered a tradition of recrimination and anger. Colleges and universities have warned students not to dress as Indian chiefs or Mexican bandits, while parents have publicly debated whether they can allow their children to dress as the Black Panther or Moana without being accused of cultural appropriation or racism.

“Cultural appropriation” has become a common term on campuses and is receiving broader meaning with each passing year. In Utah, a high school student was denounced for wearing a Chinese dress to her prom. White students wearing hoop earrings or dreadlocks have been denounced, while there have been protests over serving sushi at Oberlin College, holding yoga classes at the University of Ottawa or having a “Mexican food night” at Clemson University. The reason behind such limitless forms of cultural appropriation is its limitless meaning. Fordham University law professor Susan Scafidi has defined the term as encompassing the “unauthorized use of another culture’s dance, dress, music, language, folklore, cuisine, traditional medicine, religious symbols” and more.

CNN political analyst Kirsten Powers dismissed the concerns of white people who object to being labeled racist over Halloween costumes, tweeting, “Dear white people who are upset that you can’t dress up as another race or culture for Halloween: your feelings don’t matter.” She went on to add that the only feelings that matter are of those who feel disrespected or mocked by appropriating their culture. Similarly, in an Everyday Feminism article a few years ago, Kat Lazo advised that people who do not see the inherent racism or cultural appropriation in costumes are “very privileged” individuals who “never had the misfortune of experiencing or witnessing acts of racism.” That of course is a common conversation stopper if someone says any objection to cultural appropriation means you are ignorant and likely a racist in denial.

There is another possibility that reasonable people can disagree. There are clearly racist costumes that most of us join in denouncing, such as blackface or other raw portrayals. However, the cultural appropriation movement opposes any depiction of another culture. Indeed, what constitutes a social norm can be hard to discern.

Ironic that the left wants institutions and organizations to be as “diverse” as possible, and demand we all celebrate “diversity,” but as soon as one group tries to enjoy the history or popular characterization of another group, they cry racism. The left needs to loosen up a bit. Just let the kids have fun!