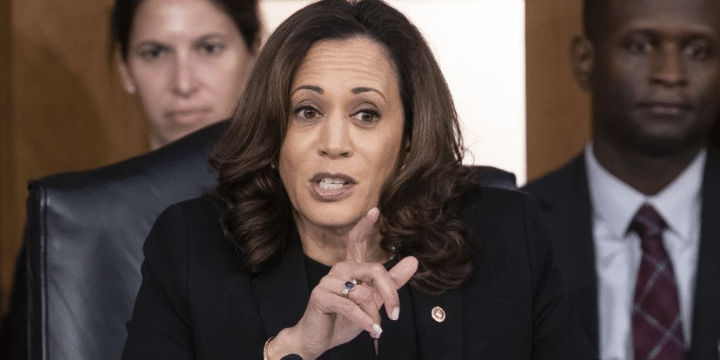 Once again, Kamala Harris doesn’t practice what she preaches. Her “Equal Pay” policy proposal would close the so-called gender pay gap by fining companies that don’t pay their staff equally. However, in her Senate office’s most recent disclosure, men were paid more than women. Does that mean, under her proposal, Kamala Harris would be fined too?

The Washington Free Beacon has the details:

By the information listed, it shows that Kamala Harris isn’t even buying into her own plans. It’s a common trait among leftists trying to impose their harmful policies on the country.

The problem that arises with “equal pay” is that it’s not what people think. First, employers can’t restrict pay based on race or gender anyway. It’s already law under the Equal Pay Act of 1963 and Title VII of the Civil Rights Act of 1964.

The factors resulting in pay gaps, generally, are due to differences in education, experience, hours, and occupation. Other factors that may account for the adjusted gap are workplace flexibility and benefits. None of these, however, have anything to do with gender inequality.

Most of all, it eliminates the opportunity for employees to move up and achieve the American Dream. Democrats like Kamala Harris will try to sell equal pay as a dream but even she isn’t buying into it.