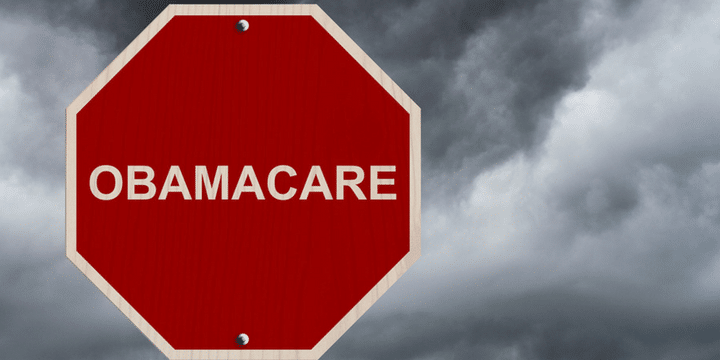 “The Commerce Clause gives Congress the authority to regulate commerce, not to compel it. But [Chief Justice John Roberts] rescued the individual mandate by viewing it as a tax. Its saving grace was that it raised revenue for the federal government,” writes Paxton. “But that reasoning crumbled when Congress repealed the penalty.

Congress in 2017 repealed the individual mandate, delivering a blow to President Barack Obama’s signature health-insurance legislation, but leaving a skeletal version of the law in place.

A federal judge on the 5th U.S. Circuit Court of Appeals who presided over oral arguments in a case dealing with the validity of Obamacare, however, appears to agree with the Texas attorney general. The judge recently questioned whether the gutted version of the law should remain since the legislation repealing the individual mandate didn’t contain what’s called a severability clause.

“Instead, [Obamacare] has the opposite,” says Paxton. “A half a dozen times, ObamaCare calls the mandate ‘essential,’” he writes. “Congress left these passages unchanged when it zeroed out the tax penalty in 2017. If its intent had been to make the mandate severable, it should have removed those six non-severability clauses and added a severability clause.”

There is no word on when the 5th U.S. Circuit Court of Appeals will issue a ruling in the case, reports Politico.

Requiring Americans to purchase health insurance is an overreach of congressional authority and, as there was no clause in the repeal legislation to preserve bits of the Affordable Care Act apart from the individual mandate, the law as a whole is no longer constitutional. Paxton is right.

It’s time to scrap Obamacare entirely and insist lawmakers come up with workable solutions to our health-insurance woes—solutions that don’t trample on our Constitution.