Ten Years of the Tea Party; We’re Not Going Anywhere 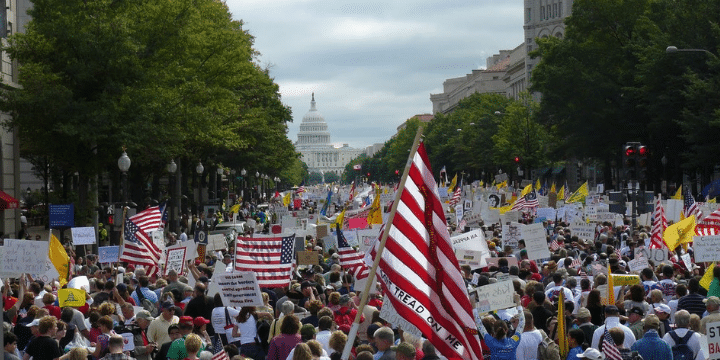 Ten years have gone by and the tea party movement is more important than ever! We started as a group of citizens fed up with the bad behavior in Washington and soon became a nationwide grassroots organization.

It seems only yesterday that patriots all around the country were watching CNBC business news editor Rick Santelli rant about the housing crisis bailouts and saying everything that Americans were feeling. Hours after his rant, the tea party began its planning.

In those early days, we organized a conference call, organized rallies, and got the word out. On February 27, 2009, the movement was coordinated across 40 different cities and people all around the country took part in what would be the first national modern tea party event. April 15, 2009, Tax Day, had the largest number of tea party demonstrations in more than 750 cities. On September 12, 2009, hundreds of thousands from the tea party marched through Washington, D.C. The tea party became strong and lawmakers on the Hill could not ignore us.

The tea party fought tooth and nail to prevent the Affordable Care Act from passing. When it did pass, the grassroots efforts of the tea party helped flip the House back to red in the 2010 midterms.

Americans were still angry and it showed in the 2016 election. With the help of the tea party, President Trump gutted the Affordable Care Act, signed the Tax Cuts and Jobs Act, and ended a deal with the unpredictable and dishonest country of Iran.

A lot has been accomplished over a decade and more can be done! We will be returning to Washington for a rally on September 19th to continue our efforts to stop socialism and choose freedom. The tea party isn’t going to be silent, especially not in the wake of tyranny brewing among socialists reaching for power in 2020. We will take back New Hampshire, Arizona, and Alabama. We will stop socialism and we hope you will join us in the fight.