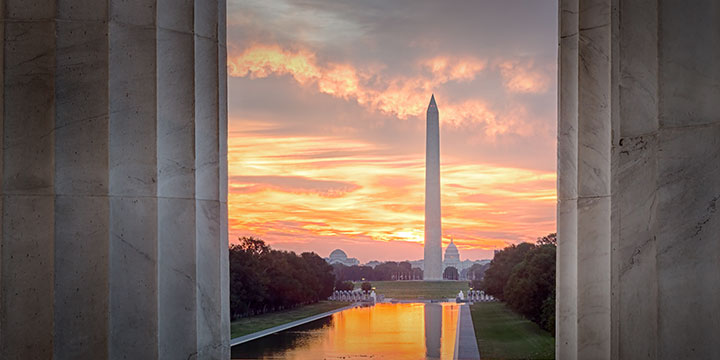 Both the House and the Senate will return Monday. The House has scheduled its last vote of the week for no later than 10:30 AM Wednesday. The Senate will stay in session through Thursday.

TWO WEEKS AGO ON THE HOUSE FLOOR:

The House came back to work on Monday, May 20, and passed two bills under Suspension of the Rules.

On Tuesday, May 21, the House passed the Rule for consideration of H.R. 1500, the Consumers First Act, and H.R. 1994, the Setting Every Community Up for Retirement Enhancement Act.

On Wednesday, May 22, the House considered H.R. 1500, the Consumers First Act. After dealing with a number of amendments, the House moved to a vote on final passage and passed the bill by a vote of 231-191.

On Thursday, May 23, the House considered H.R. 1994, the Setting Every Community Up for Retirement Enhancement Act. There were no amendments considered, and the bill passed by a vote of 417-3.

Except that they weren’t really done – they had scheduled three pro forma sessions to take place during the Memorial Day recess. And the Senate, late on Thursday, May 23, passed H.R. 2157, the $19 billion disaster emergency supplemental appropriations bill, and sent it over to the House for consideration.

So on Friday, May 24, the House went into a pro forma session expecting to bring up the emergency supplemental and pass it by voice vote, as has happened a hundred times before. Except they didn’t count on the presence in the chamber of one Chip Roy, conservative freshman Congressman from Texas – who, I’m proud to add, was endorsed in his multicandidate primary two years ago by Tea Party Patriots Citizens Fund – who decided that on this day, the House was not going to steal another $19 billion from our children without at the very least giving us citizens the courtesy of a recorded vote on the matter.

You’d have thought Chip had kidnapped the Pope and introduced him to bourbon, dancing, and Stormy Daniels. The caterwauling was heard from Capitol Hill all the way back to his district in Texas. Just about every Democrat and half the Republicans within shouting distance of a microphone denounced him for holding up this “vital” emergency legislation – so “vital” that it had been delayed for months and months.

So, on Tuesday, May 28, the Democrats tried again, at the next pro forma session of the House. This time it was Kentucky Republican Thomas Massie who stood up and objected, preventing passage by unanimous consent.

Democrats weren’t done. They tried again at the next scheduled pro forma session, on Thursday, May 30. This time it was Tennessee Congressman John W. Rose who objected to unanimous consent.

And that’s why the $19 billion disaster emergency supplemental appropriations bill will get a recorded vote when the House comes back to vote on Monday evening.

The House will return on Monday, with the first votes set for 6:30 PM. At that time, the House is scheduled to consider four bills under Suspension of the Rules, beginning with H.R. 2157, the $19 billion disaster emergency supplemental appropriations bill passed by the Senate right before the Memorial Day recess.

On Tuesday and Wednesday, the House will consider another six bills under Suspension of the Rules.

In addition, the House may consider H.R. 6, the American Dream and Promise Act. It’s set to be considered in the House Rules Committee on Monday afternoon. That usually means consideration of the Rule on the House floor the following day, and consideration of the bill itself the day after that, which would be Wednesday. And yes, that’s amnesty for the so-called “Dreamers.”

TWO WEEKS AGO ON THE SENATE FLOOR:

The Senate came back to work on Monday, May 20. During that week, the Senate processed a number of confirmations and two bills.

Confirmed by the Senate were:

In addition, on Thursday, May 23, the Senate took up and passed S. 151, a bill to deter criminal robocall violations and improve enforcement of section 227(b) of the Communications Act of 1934. The vote to pass was 97-1, with Sen. Rand Paul voting against.

Later that day, the Senate also passed H.R. 2157, the $19.1 billion disaster supplemental appropriations bill. The vote to pass was 85-8.

The Senate will come back into session Monday, with the first vote set for 5:30 PM. That will be a vote to invoke cloture on the Motion To Proceed to consideration of S. 1332, Sen. Rand Paul’s FY 2020 congressional budget. If cloture is not invoked – and I doubt it will be – then the Senate will proceed to consideration of a motion to invoke cloture on the nomination of Andrew M. Saul to be Commissioner of Social Security.

Then, for the rest of the week, based on the Majority Leader’s cloture filings, I think the order of business in the Senate will be the following:

On Thursday evening, after a few days of deliberation with his top advisers, President Trump announced a get-tough strategy with Mexico over border security – beginning June 10, he threatened, a new tariff of five percent would be imposed on all goods coming to the U.S. from Mexico if the Mexican government had not by then taken satisfactory steps to stem the flow of illegal immigrants crossing from Mexico into the United States.

Markets, as you might imagine, reacted negatively. So did Iowa politicians – Mexico imports a great deal of agricultural product that comes from Iowa. Most elected officials of both parties reacted negatively. They don’t like President Trump taking unilateral action.

Which, of course, is one of the reasons President Trump takes such actions – because they ARE unilateral, which means Congress cannot stop him from taking the action. He’s demonstrated during his time in office he prefers to act in ways that don’t rely on Congress. Given Congress’ failure to act on issues that matter to him, who can blame him?

But here’s the thing – he has not yet actually imposed the tariffs. He has, at this point, merely THREATENED to impose the tariffs. And his condition for NOT imposing the tariffs – that Mexico takes action to stem the tide – is totally subjective. There is no absolute standard. So he could wake up tomorrow morning and say, “Mexico has met the condition. We won’t need to impose tariffs.”

The Mexican government reacted immediately to the President’s threat. Within three hours of President Trump’s first tweet announcing the tariffs on Thursday evening, the Mexican government had already reached out to the Trump Administration. And this week, even as the President is traveling overseas to honor the 75th anniversary of the Normandy invasion and the liberation of Europe, Mexican government officials will be meeting with their counterparts in Washington to see if they can’t head off the imposition of the first round of tariffs next week.

On Wednesday, Special Counsel Robert Mueller spoke publicly about his two-year investigation for the first and – if he gets his wish – last time. In a nine-minute statement, Mueller took to the microphone to say to his fellow citizens that they should all read the report. He opened by noting that in 2016, the Russian government had attacked our democracy. He closed on the same note.

In between, he explained that – contrary to what Attorney General William Barr says Mueller told him when they met to discuss the report in March – he was basing his decision not to conclude that President Trump had committed the crime of obstruction of justice on the long-standing Office of Legal Counsel guidance that says the Department of Justice cannot indict a sitting president.

The media picked up on this immediately, and just as immediately concluded that Barr must have been lying. But as former U.S. Attorney and current legal analyst Andy McCarthy pointed out, when Mueller and Barr met in March to discuss Mueller’s report, the two were not alone. Barr has witnesses who, in McCarthy’s view, seem to corroborate Barr’s version of their conversation.

Perhaps the most interesting thing Mueller said in his nine minutes at the microphone is that he considers his work complete, and he is once again leaving government service. He made clear he does not want to be asked to testify in front of any congressional committees, saying he would not speak of anything that was not in his report.

As a result of his public statement, a few more Democrats announced they would support the launching of impeachment proceedings. Speaker Pelosi continues to oppose such action, in the belief that it is likely the House would ultimately impeach President Trump, and then the Senate would fail to convict him – and the President could then run for reelection in 2020 claiming to have been exonerated twice (once by Mueller, a second time by the Congress that failed to convict him). The Democratic base would be disappointed in their party’s leaders for having failed to rid the country of Trump, and many Independents would see the entire impeachment maneuver as nothing more than a political exercise, anyway. So it’s a lose-lose for Democrats in Pelosi’s view, and I cannot say I disagree with her from a political analysis point of view.

We still do not yet have a spending deal in place, but leaders of both parties in both houses are trying to work together to negotiate a deal that would bust the budget caps and spend hundreds of billions more dollars than they are currently scheduled to spend under the terms of the 2011 Budget Control Act. Stay tuned on this one.

NYT: Trump Says US Will Hit Mexico With 5% Tariff On All Goods

AP: Border Patrol: Group Of 1,036 Migrants Is Largest Ever Found

WE: William Barr Given Power To Declassify Documents On Surveillance Activities Into Trump Campaign

Reuters: British Ex-Spy Will Not Talk To US Prosecutor Examining Trump Probe Origins

WaPo: James Comey: No Treason, No Coup. Just Lies – And Dumb Lies At That

Hill: Dershowitz: Shame On Robert Mueller For Exceeding His Role

Daily Beast: Mueller’s Seething Message: This Isn’t A Hoax, This Is A Crime

WaPo: As He Exits, Mueller Suggests Only Congress Can ‘Formally Accuse A Sitting President Of Wrong Doing’

NRO: Pelosi: Impeachment Not ‘Off The Table’ But Dems Need To Make A ‘Compelling’ Case

Politico: Pelosi: Trump ‘Engaged In  A Cover-Up’ As She Engaged Against Impeachment

Hill: Did Brits Warn About Steele’s Credibility Before Mueller’s Probe? Congress Has Evidence

WaPo: Some In Pelosi’s Leadership Team Rebel, Press Her To Begin An Inquiry

The Guardian: Mueller Intended To Break The Democrat’s Impeachment Stalemate

WSJ: Barr Says He Is Fighting For The Presidency, Not Trump

Politico: McCabe Reveals He’s The One Who Decided To Remove Strzok From Mueller’s Team

RC: A Don McGahn No-Show Could Be Turning Point On Impeachment

Politico: Nadler: ‘There Certainly Is’ Justification for Impeaching Trump

NRO: McCarthy: The Mueller Investigation Was Always an Impeachment Probe

Politico: No Miracle Deal On Budget, As Talks Continue

WE: Opinion: Only A Weak, Unprincipled GOP Would Bust Budget Caps

Hill: No Budget Caps Agreement In Sight Ahead Of Memorial Day Recess

RC: A House Republican May Block The Disaster Aid Bill For A Third Time This Week

NYT: A Would-Be Trump Aide’s Demands: A Jet On Call, A Future Cabinet Post And More

CNN: The Man Who Predicted Trump’s Victory Says Democrats May Have To Impeach Him To Have A Chance In 2020

NYT: There’s No Boom In Youngstown, But Blue-Collar Workers Are Sticking With Trump

CNN: In Reversal From 2016, McConnell Says He Would Fill A Potential Supreme Court Vacancy In 2020

Axios: Oregon Lawmakers To Require Schools Include Holocaust In Curriculum

NRO: Hawley: Nominees Hostile to Religious Liberty Have No Place on the Federal Bench