Stand up to Communism in America 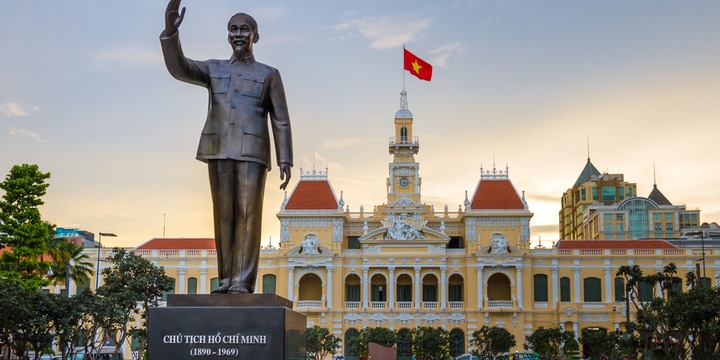 Cancel culture is running amok as the far-left is canceling the slightly less far-left for internecine disagreements outsiders don’t even understand. Underneath it all, there runs a dangerous current of communism and cultural revolution.

Peter Van Buren, who worked in the State Department for over two decades argues:

“It remains to be seen where America goes next in its own nascent cultural revolution. Like slow dancing in eighth grade, maybe nothing will come of it. These early stages, where the victims are Uncle Ben, Aunt Jemima, someone losing her temper while walking a dog in Central Park, and canceled celebrities, are a far cry from the millions murdered for the same goals in China. Much of what appears revolutionary is just Internet pranking and common looting amplified by an agenda-ized media. One writer sees ‘cancel culture’ as a game, the point of which is to impose unemployment on people as a form of recreation. B-list celebs and Karens in the parking lot are easy enough targets. Ask the Red Guards: it’s fun to break things.

Still, the intellectual roots of our revolution and China’s seem similar: the hate of the old, the need for unacceptable ideas to be disappeared in the name of social progress, intolerance toward dissent, violence to enforce conformity.

In America, these are spreading outward from our universities so that everywhere today—movies, TV, publishing, news, ads, sports—is an Oberlin wherein the name of free speech ‘hate speech’ is banned, and in the name of safety dangerous ideas and the people who hold them are not only not discussed but canceled, shot down via the projectile of the heckler’s veto, unfriended, demonetized, deleted, de-platformed, demeaned, chased after by mobs both real and online in a horrible blend of self-righteousness and cyberbullying. They don’t believe in a marketplace of ideas. Ideas to the mob are either right or wrong and the ‘wrong’ ones must be banished. The choices to survive the mobs are conformity or silence. In China, you showed conformity by carrying around Mao’s Little Red Book. In America, you wear a soiled surgical mask to the supermarket.”

America needs to oppose communism in any form and instead build a society that fosters free speech and honest disagreement.