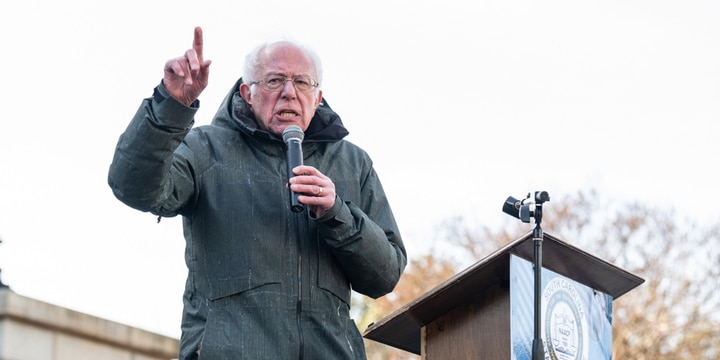 During the Tuesday evening debate in South Carolina, Senator Bernie Sanders lauded the supposed benefits to a socialized healthcare system. Bernie, for decades now, has been seriously misinformed. His most recent detractor is a surprising one: the Coronavirus.

Bernie Sanders advanced his anti-pharmaceutical industry narrative at the Democratic presidential debate on Tuesday. He’s only showing us that we’re lucky he’s not president as the COVID-19 epidemic grows.

“The advantage of a Medicare for All healthcare program, because it’s not driven by profits for the drug companies and the insurance companies,” means, Sanders argued, that “we will have healthcare for all people in all parts of this country.”

There are legitimate debates over whether socialized medical systems better provide for improved access to quality healthcare than do private systems. But when it comes to pharmaceuticals, the Democratic front-runner’s presumption that we would keep benefiting from similar access to the best new drugs, even under his socialized system, is simply unwarranted.

I believe that the coronavirus exemplifies how Sanders is fundamentally disingenuous here. First, private companies, rather than governments, are the ones making progress toward developing a vaccine. And out of those companies leading the global race to find a viable vaccine, it isn’t an accident that three out of four are American — Moderna, Johnson and Johnson, and Inovio. The only foreign company of relevance appears to be Sanofi. And as the Wall Street Journal reports, Sanofi is assisted by the U.S. government’s Biomedical Advanced Research and Development Authority.

But there’s more because Moderna has already delivered a vaccine for U.S. government testing. That’s an extraordinary success for such a quick turnaround. As the head of the government’s National Institute of Allergy and Infectious Diseases told the Wall Street Journal: “Going into a phase one trial within three months of getting the sequence is unquestionably the world indoor record. Nothing has ever gone that fast. … If you want to really get it quickly, you’re using technologies that are not as time-honored as the standard, what I call antiquated, way of doing it.”

It’s textbook moral capitalism: innovation fueled by the private sector interest in delivering a return on investment. Again, American dominance in this process is not at all accidental. American private biomedical research investment stretches into many tens of billions of dollars each year. It dramatically exceeds government funding. But the broader issue here is the global pharmaceutical market. Namely, in which American companies produce the vast majority of new drugs that allow the world’s citizens to live longer, healthier lives.

Bernie Sanders’ socialistic plans for healthcare have been absolutely invalidated by none other than the Coronavirus. What a turn of events.