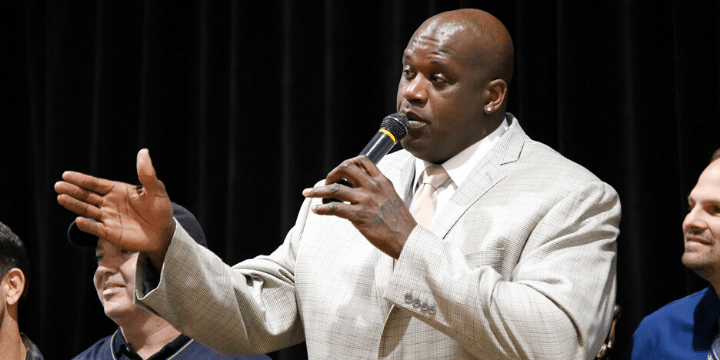 During Free Speech Week, we are celebrating and acknowledging one of our most important rights as Americans. Unfortunately, there are those who don’t value our First Amendment rights and what makes us very unique as a country.

James called Morey’s comment “misinformed,” while James Harden apologized for the tweet, saying, “We apologize. We love China. We love playing there.”

CBS News has the details:

“One of our best values here in America is free speech — we’re allowed to say what we want to say and we are allowed to speak out on injustices and that’s just how it goes and if people don’t understand that that’s something they have to deal with,” Shaq said on TNT’s pregame show on opening night of the NBA season.

“It was unfortunate for both parties, and you’ve got people speaking out about something they don’t know what they’re talking about,” the four-time NBA champion continued. “Daryl Morey was right — whenever you see something going on anywhere in the world, you should have the right to say, ‘That’s not right.'”

While the NBA and a lot of its star players have traded American principles for money, O’Neal did the right thing to not kowtow to China and to disregard one of our most fundamental rights in America. We hope other athletes will follow suit and stand up for American principles.