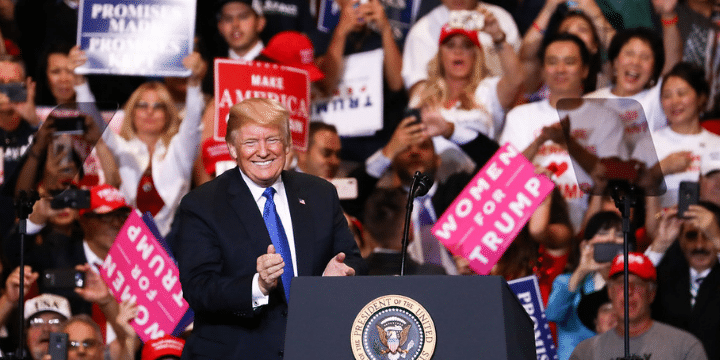 The debate over immigration policy shines a spotlight on the different views of Republicans and Democrats. On one side, President Trump supports enforcing our laws and ending illegal immigration, while most Democrats want open borders and amnesty.

“Appearing on “Fox & Friends: First” with hosts Todd Piro and Jillian Mele, Homan said that liberal agendas would mean the “collapse” of the entire immigration system.

“I mean, they want open borders. They want to abolish ICE. They want to end ICE detention. They want to offer free health care, free education…” he said. “[They] want to undo the actions of the president.”

According to U.S. Customs and Border Protection, border apprehensions are down 70 percent since May of 2019.

“The significance is the president did this on his own. Congress hasn’t offered one fix or one idea,” Homan noted.

He told the “Friends: First” hosts that what is “really upsetting” for 2020 Democratic candidates is that the president hasn’t failed the American people on his “number one campaign promise” — securing the border.

“And he hasn’t failed,” Homan added. “He has succeeded despite the efforts of all these Democrats out there throwing out more enticements,” he stated.”

Director Homan is right, President Trump has made massive improvements to our immigration system, while not having any support from Democrats. The President wants to protect our borders, while the Democrat candidates want to destroy all that the President has done. In November, voters will have the chance to show their support for secure borders and fair immigration laws by supporting President Trump.