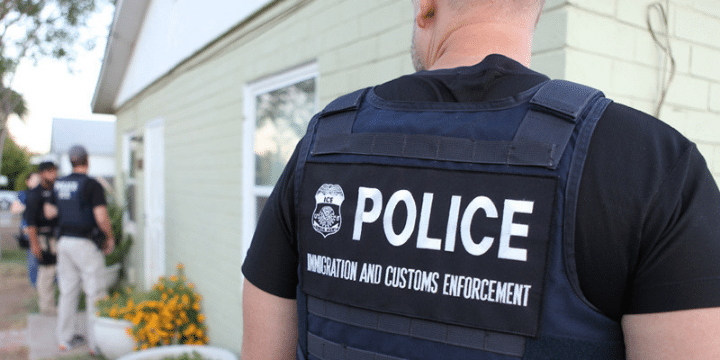 As one of many actions the administration is taking to crack down on America’s immigration crisis,  President Trump vowed to begin a mass deportation of illegal immigrants. “Next week ICE will begin the process of removing the millions of illegal aliens who have illicitly found their way into the United States,” Trump tweeted. “They will be removed as fast as they come in.”

In an interview with The Hill, Acting Immigration and Customs Enforcement (ICE) Director Mark Morgan said his agency is committed to removing as many illegal immigrants as it can.

“So clearly, we don’t have the resources to deport, you know, 11 million people in a short period of time,” Morgan said. “But we have and we remove people every single year. And we’re going to continue to do that.”

The Hill has more:

Morgan said the agency won’t return to the past practice of avoiding prosecution of non-criminal aliens, although it will continue to prioritize criminals. He said changing that policy would send the signal that “you will never be touched.”

“Because then we’re sending this message that if you belong to a certain demographic, and you come here illegally, and you stay here illegally, even after you receive due process in order [to be removed], then the message is if you’re in that demographic, you will never be touched, what’s going to happen? The incentive is so strong, they’re going to keep coming.”

Morgan said Congress is to blame both for restricting the administration’s immigration enforcement budget and for tarnishing ICE’s image.

“You have lawmakers saying how horrible ICE is and how it needs to be abolished. And you have other NGOs [non-governmental organizations] that are saying the same thing, that makes it really challenging for a law enforcement organization to do that,” said Morgan.

We’d like to thank President Trump for urging the enforcement of our immigration laws and encouraging ICE to do its job. We’d also like to thank ICE for their hard and thankless work over the years and their persistence to keeping our borders and our country safe. While members of Congress continue to make empty promises on reforms and compare the role of ICE to the role of Nazis, ICE is working hard to enforce the law and protect the American people.