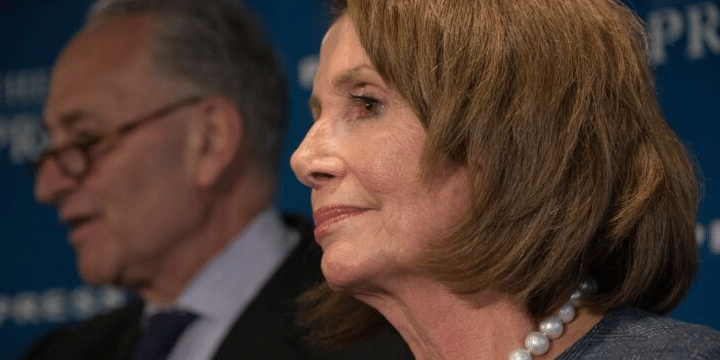 Don’t fall for socialist schemes when it comes to healthcare. The latest scheme is orchestrated by House Speaker Nancy Pelosi on prescription drug reform. Her plan fits right into the same radical agenda of Medicare-for-All, free college, higher taxes, and government control over any and every industry.

Ken Blackwell has the commentary:

Like other big-government solutions that promise lower prices, the Pelosi plan would limit access to life-saving drugs and stifle innovation.  In the key component of her plan, Pelosi claims that her plan will lower drug costs for Medicaid recipients by allowing the government to “negotiate” the price.  Don’t be fooled. There is no such thing as “negotiating” with the government. You are told your price.

Even worse, under the Pelosi plan, hefty fines await companies that refuse to join government officials at the “negotiating” table. As the Washington Post reports, “The bill would impose severe penalties on drug makers that do not reach an agreement with the government or refuse to participate in the negotiation. They would face a noncompliance fee equal to 75 percent of the gross sales of the drug negotiated from the previous years.”

The result is that drug companies would effectively be forced to “sell” their products to the government at unrealistic prices.  The resulting price controls will discourage investments in new drugs, limit production and even put some companies out of business, as has been the case in many countries where policymakers have imposed similar rules and regulations. Consequently, the Pelosi plan “could limit Americans’ access to lifesaving medicines and impede the development of new treatments for deadly and debilitating diseases,” according to former White House policy advisor Doug Badger.

The drug companies who survive in such a stringent marketplace won’t simply absorb the added expense. Instead, pharmaceutical companies in an effort to make up the difference will be forced to increase the price of other products that aren’t as heavily regulated and available for purchase to those who aren’t on Medicaid.

We need free market solutions, not more government-control! If this plan comes up to a vote, lawmakers would be wise to reject it and lock it away with the rest of the socialist plans that would cripple the American economy.