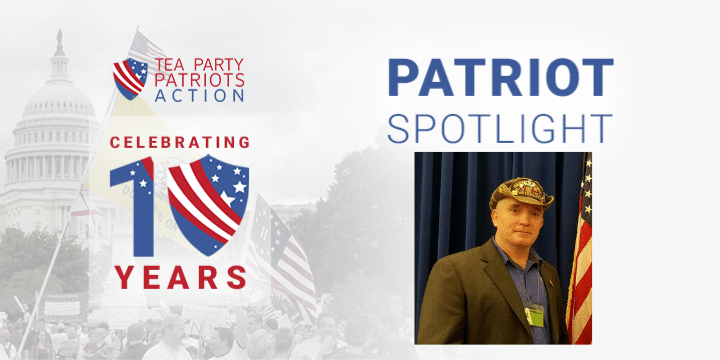 Gregg Cummings is a true patriot who bleeds red, white and blue. He’s a veteran and a former police officer still dedicated to serving his country. He didn’t get involved in the tea party movement until he heard Nancy Pelosi include veterans as she read the terror watch list aloud. Cummings also felt the same frustration that Rick Santelli expressed during his famous rant.

Cummings’ journey with the movement began when he attended the Des Moines Tea Party rally on Tax Day. When he got home, he started We The People Tea Party of Southern Iowa. He held his very own tea party rally on Memorial Day to honor all veterans, past and present. The tea party movement was rapidly growing and it needed to be more cohesive, so, Cummings became the co-founder of the Iowa Grassroots Coalition that brought together all the tea party groups in the state of Iowa. Cummings has been a dedicated tea partier ever since.

Recently, he has been working on several projects. He is consulting for an up-and-coming Blockchain technology voting machine, and will be launching his new website, Continue the Mission, which will be a voice for veterans, border sheriffs, and preppers/homesteaders.

Nothing has meant more to him, after his military career, than being a tea party leader at the local, state, and national levels. He truly feels like he has been able to continue his service to his country by doing so. He believes that patriots will keep fighting because people believe there is still a Republic worth fighting for.

We thank Gregg and all veterans for their service, and applaud veterans who continue to fight the good fight right here at home. Charlie Mike, Gregg! Continue the Mission!