Of Course Impeachment is Purely Political 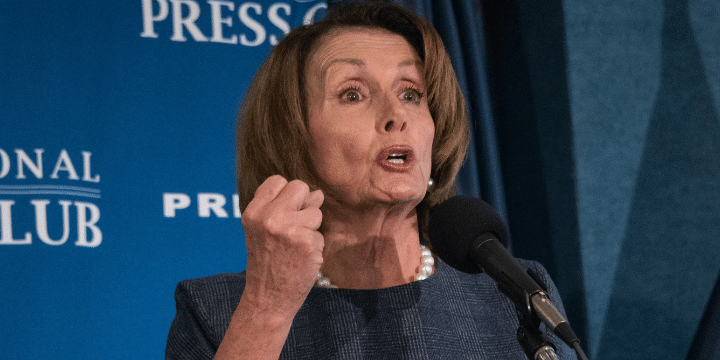 In the Democrats’ quest for impeachment, they often use phrases like “it’s not about politics” or “this is what is best for America.” How elitist of them to think that Americans cannot decide for themselves what is best. They did this in 2016 when we elected President Donald Trump. Of course, this is about politics! Impeachment is a political process. In the age of the far-left Democrats, outrage and politicking are all that matters. Rule of law, decency, and any real attempt to do what is right have been thrown straight out the window. This is the age of Trump Derangement Syndrome, and it is very real.

Hume suggested Tuesday that most of the media is in lock-step with Democratic talking points that a formal vote on impeachment is not necessary.

“Why should she hold a vote?” Hume asked in a Twitter post. “The most comically one-sided process she and [Rep. Adam] Schiff are running is working like a charm. It might not have worked if mainstream media were demanding transparency, but they are not. Of course they’re not.”

Pelosi reportedly decided to continue to stall on any impeachment vote Tuesday night after meeting with key members of her Democratic caucus, which calls into question how deep the support for impeachment is with Democratic members of the House.

The Republicans, including House Minority Leader Kevin McCarthy, are demanding that Pelosi call a vote in the House..

“Unfortunately, you have given no clear indication as to how your impeachment inquiry will proceed — including whether key historical precedents or basic standards of due process will be observed,” McCarthy, a California Republican, said in an Oct. 3 letter to Pelosi.

Trump has indicated that he has no intention of complying with a “constitutionally illegitimate” impeachment inquiry.

House Democrats were considering a vote on impeachment as a potential way of increasing pressure on the Trump administration to comply with subpoenas and other demands, the Associated Press reported.

Not political? Pelosi has been trying to delay the formal impeachment vote out as long as possible in order to block Republicans from the process so they can’t use subpoena power to call witnesses and have a fair trial before the American people. When it comes to impeachment news, fellow patriots, remember it’s all about the election.