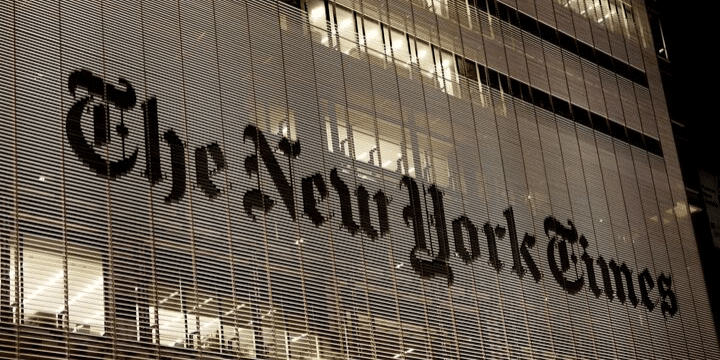 The article by Robin Pogrebin and Kate Kelly, adapted from their forthcoming book, alleged there was corroboration of an incident in which Kavanaugh, as a college student at Yale, exposed himself to a female classmate at a party. Upon hearing about this, numerous 2020 Democratic candidates made calls to “impeach” Kavanaugh. After Carrie Severino, the founder of the Judicial Crisis Network and co-author of “Justice on Trial,” called out the NYT on their “new allegation” and their attempts to defame the innocent Justice, the NYT revised the story.

Many people are buzzing about a "new allegation" about Kavanaugh. But this is even weaker than the others. The alleged victim HERSELF denies any knowledge of it. Has this smear campaign really gotten that ridiculous? https://t.co/fkQAHe8gvq

The NYT added a revision to their article: “Editors’ Note: An earlier version of this article, which was adapted from a forthcoming book, did not include one element of the book’s account regarding an assertion by a Yale classmate that friends of Brett Kavanaugh pushed his penis into the hand of a female student at a drunken dorm party. The book reports that the female student declined to be interviewed, and friends say that she does not recall the incident. That information has been added to the article.”

“The absurdity of the allegations made by the New York Times is striking. This witch-hunt against Kavanaugh must end! The American people are sick of the circus conducted by Clinton operatives like Max Stier to smear a good man and undermine Kavanaugh’s position on the Supreme Court. Having Clinton’s legal counsel for the Monica Lewinsky hearings make allegations like this is absolutely ridiculous.

“If there was problematic behavior at Yale parties in the ‘80s, obviously, Stier apparently didn’t think so at the time – and if he did, he should present the reports he made at the time to the Yale Dean of Student Life. Apparently, there is no evidence of any such reports in this ridiculous book, and for all we know, Stier himself could have been an  active participant in the lewd behavior he claims to have witnessed.”

The Democrats are desperate for a win, even if it means tarnishing the reputation of a person into ruin. The New York Times has become the yellow journalism machine manufacturing falsehoods and advertising them as “news.” Unfortunately for Democrats and their puppet, the New York Times, the public isn’t fooled. Even a year after the first attempt to ruin an innocent man’s life, we still stand with Justice Kavanaugh.