NEW SURVEY: GOP CONGRESSMEN WHO VOTE FOR AMNESTY ARE PLAYING WITH FIRE 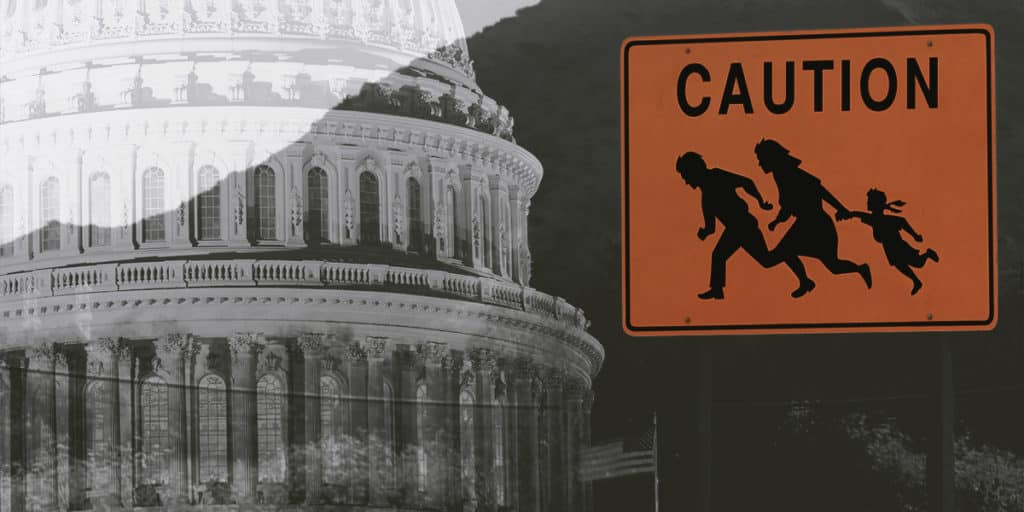 Tea Party Patriots Action Honorary Chairman Jenny Beth Martin today released the results of a national survey of 1,000 likely voters conducted for TPPA June 15-19 by John McLaughlin of McLaughlin & Associates that shows that House Republicans considering voting for legislation containing amnesty for so-called “Dreamers” do so at their own peril.

“As House Republicans consider their votes on the Goodlatte-McCaul bill and the Ryan ‘Leadership’ bill, they should be aware that voting for either bill – both of which contain amnesty for a certain class of illegal immigrants – will endanger their reelection campaigns,” said Martin. “These new survey results prove the point: Likely voters do not support amnesty, and will punish Republican Congressmen who vote for it.”

“The numbers don’t lie,” added McLaughlin. “By a margin of 42% to 25% among ALL likely voters – and by a margin of 61% to 18% among GOP voters, and 59% to 19% among Trump voters – voters would be LESS LIKELY to vote to re-elect a GOP Member of Congress who voted to provide amnesty for a group of illegal immigrants. That would be a tremendous loss of support among GOP base voters. And for what? The incremental ‘gain’ Republican Congressmen may think they’re getting by voting for amnesty is virtually non-existent. Among Clinton voters, for instance, the 30% who say they’d be more likely to vote for a Republican who voted for amnesty are negated by the 26% who say they’d be less likely, and the same is true for Democrats, where 30% said they’d be more likely to vote for a Republican Congressman who voted for amnesty, while 28% said they’d be less likely. That’s a virtual wash on the gain side. A Republican Congressman who votes for amnesty is playing with fire.”

“Allowing a group of illegal immigrants to ‘jump the line’ via amnesty – whether through a renewable work authorization permit that provides legal status, or a pathway to citizenship – is simply not fair or right,” Martin continued. “It violates the rule of law, insults the hundreds of thousands of potential legal immigrants who have waited years for a chance to enter the United States legally, and acts as a magnet to lure more illegal immigrants. And on that point, there is wide agreement.”

“Again, the numbers don’t lie,” said McLaughlin. “Fully 75% of ALL likely voters do not think it is fair or right to allow a particular group of illegal immigrants to ‘jump the line,’ compared to just 11% who think it is fair. And those numbers hold across virtually all demographic subgroups – among Trump voters, the margin is 86% who say it’s not fair, to just 8% who say it is; among GOP voters, it’s 87% to 8%; even among 2016 Clinton voters, by a margin of 62% to 16%, and among Democrats, by a margin of 61% to 18%, voters don’t think it’s fair.”

“And Republican Congressmen should know that Americans just do not support a pathway to citizenship for a group of illegal immigrants,” Martin continued. “The plurality believes illegal immigrants should not be rewarded for being illegal immigrants, and just less than a third would even support the idea of a legal status for DACA recipients. The Ryan ‘leadership’ bill contains a pathway to citizenship for DACA recipients. Voting for that bill is a recipe for disaster. House Republicans should not succumb to the pressure campaign being waged by the media and the left – the American people want them to stay strong.”

FULL SURVEY RESULTS, INCLUDING CROSSTABS CAN BE VIEWED HERE