Nevada Is Going To Be Another Iowa 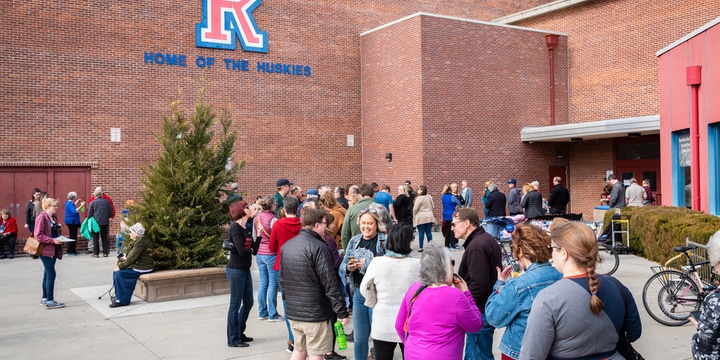 With another caucus looming and no clear reporting mechanism after the App failure of Iowa, Nevada may become ground zero part two for the destruction of the Democratic Party. The Democrats clearly have trouble running elections, yet they expect the American people to believe they are capable of running the country?

Local affiliate Fox 5 has the details:

A Nevada caucus worker is warning that the upcoming caucus “is going to be worse than Iowa if it’s not fixed.”

“I’m feeling very concerned,” Morrison said. “As a Democrat, I want the caucuses to work. I want them to be successful. But I’m afraid we’re on the path to becoming another Iowa.”

FOX5 has repeatedly attempted to contact the Nevada Democratic Party with questions about the upcoming caucus. Tuesday, we were granted an interview with a party leader on conditions that only early voting would be discussed.

Early voting is also a concern of Morrison. Nevada’s caucus system differs from Iowa in that there’s early voting in the Silver State.

“The technology to combine the results from early to caucus day, which was supposed to be handled by this company called shadow, clearly didn’t work.” Morrison said. “They’re trying to come up with a fix at the last minute and have not convinced me and many others that they have a fix that will work.”

The Nevada Democratic Party’s been tight-lipped about the app’s replacement. Morrison asked about its status this week.

“The status is, we’re working on it … trust me … and if I tell you who did it then they’ll be hacked,’” Morrison said.

Translation: no one in the Democratic Party knows what’s happening or who’s in charge of what. There is no way the American people are going to reward them with power if they can’t even fairly and legitimately run Their own elections.