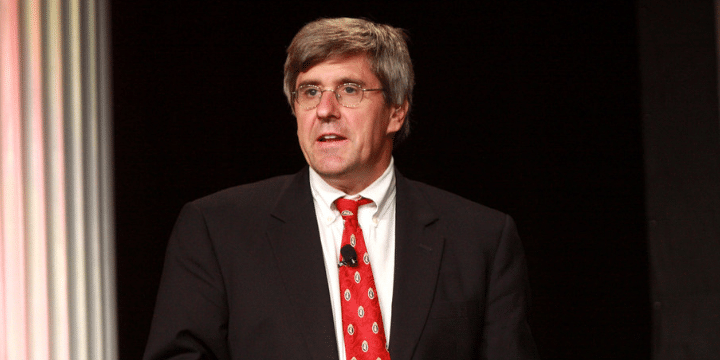 In a recent interview with the Daily Signal, author and economist Stephen Moore said that the federal tax cuts have had a nearly ubiquitous effect on the economy and its various demographics—and that the effect has overall been a beneficial one.

“We have the lowest unemployment rate now in 50 years for blacks, Hispanics, women, people who are disabled, people without high school, college degree. The economy has grown like 3% now for the first time in 20 years,” he said. “So, you look at just the actual results and they’re uniformly positive.”

The tax cuts included lowering the corporate tax rate from 35% to 21%, lowering the first four income-tax-rate thresholds by as many as four percentage points, doubling the child tax credit from $1,000 per child to $2,000 per child and, among other things, rolling back the mandate that required individuals to purchase health insurance or otherwise pay a fine.

A couple of the crowning achievements of the new tax policy – relentlessly attacked by those on the left – are the significant decrease to the corporate-income-tax rate and a 20% “pass-through” deduction for qualifying small businesses, both of which, respectively, have been a boon to small and large businesses.

“[Liberals] keep saying this was just a big tax cut for corporations. We did make our corporate tax system more competitive globally, and that’s been a big benefit. But the biggest tax cut actually went to the small- and medium-sized business.”

The repatriation of billions of dollars once held overseas by U.S. companies—Apple, for example—is just one way tax reform is benefitting the American economy. Arguably the biggest winner, however, is small business, as Moore says.

“The small business half of the economy is leading the way, taking advantage of lower taxes and fewer regulations, and reinvesting in their businesses, their employees, and the economy as a whole,” says National Federation of Independent Business President and CEO Juanita D. Duggan.

Listen to the rest of the interview with Stephen More here: https://www.dailysignal.com/2019/06/17/how-trumps-tax-cuts-are-helping-the-middle-class/