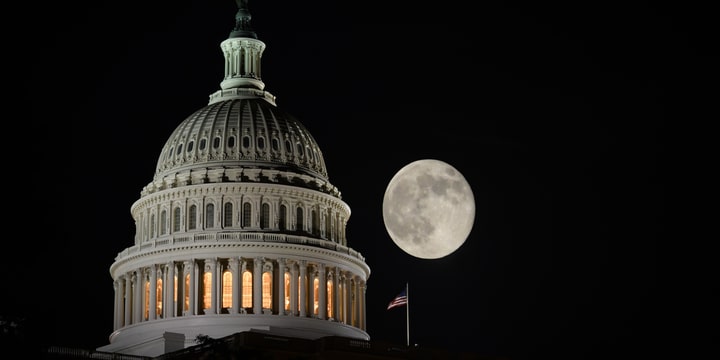 The mainstream media portrays the Democrat presidential primary as a fight between socialists and moderates for the party’s future. On one side, Sen. Bernie Sanders has embraced the label of democratic-socialist and pushes for policies like government-run health care and free college for all.

Candidates like Joe Biden and Pete Buttigieg portray themselves as the moderate alternatives to Sen. Sanders and the other progressive candidates. Unfortunately, their arguments do not pass the sniff test. Biden and Buttigieg wrap socialist policy in moderate rhetoric but still advocate for the expansion of government power and the reduction of individual choice.

For example, former Vice President Biden wants to raise the minimum wage to $15 an hour nationwide. Increasing the minimum wage is a classic example of socialism, as the government dictates to private companies how they should operate. Biden’s policy imposes a one size fits all policy on states and cities and would cause businesses to lay off 1.3 million workers.

Unlike Sen. Sanders, Biden does not support free college for all, but he thinks community college should be paid for by the government. This proposal would likely overwhelm community colleges and has failed at the state level. The true motivation for this policy is to further expand the role of government beyond its proper bounds.

Mayor Pete is not exempt from these criticisms, as he hides his socialism behind inexperience and moderate language. His version of socialism is undoubtedly more bureaucratic and less in your face than some candidates, but the results are the same.

Buttigieg is quick to reject Sen. Sanders’ Medicare for All proposal, which replaces private insurance with a single-payer government-run system, as being too extreme. Instead, the young mayor offers a public option allowing anyone who wants Medicare to have it. He claims if you like your insurance, you can keep it, but that claim is false. Allowing the government to offer a public option crowds private companies out of the market and causes skyrocketing premiums. In the end, most private insurance companies would go out of business, and patients would be left dependent on the government for care.

Joe Biden and Pete Buttigieg are trying to trick voters into believing they are sensible moderates. They both quickly reject the unpopular label of socialist but do not reject socialist policies that increase the role of government and limit freedom.