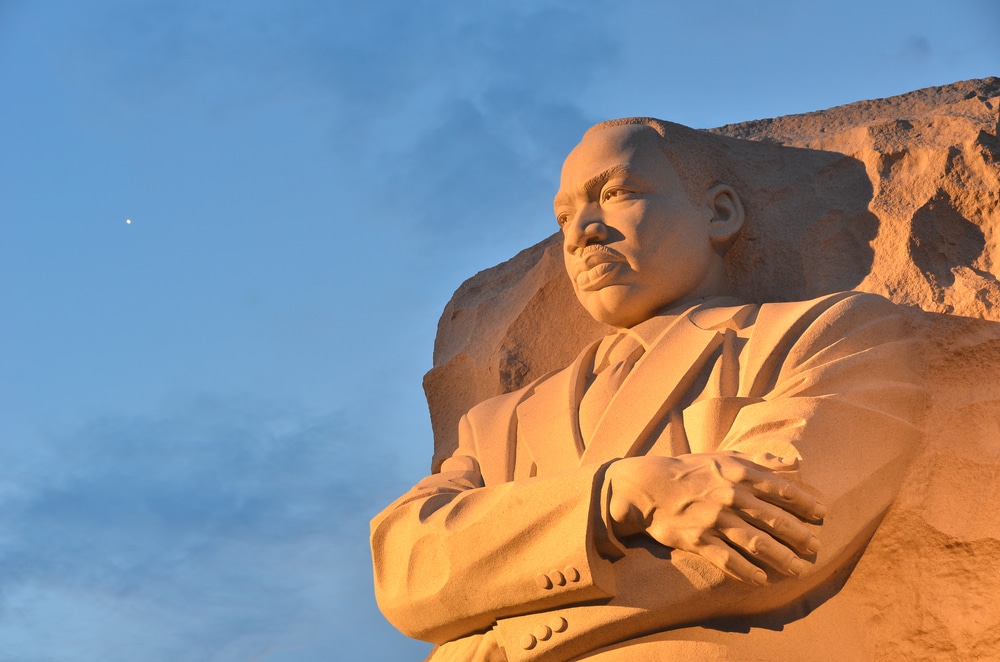 Today marks the celebration of the life and work of Martin Luther King Jr. Racism has no place in this country and the Republican party has a proud heritage stemming all the way back to Abraham Lincoln of tearing down institutional racism. MLK Jr. Day belongs to all of us, but some on the left seek to lay claim to King Jr. all for their own.

John Reiniers shares his thoughts in the Washington Examiner:

If Martin Luther King, Jr. were still alive, we wouldn’t have to speculate on how that great man, who rejected violence, would react to the palpable loathing coming from the mouths of today’s progressive Democrats. Even so, his own words offer clear evidence that he would reject their mindset wholeheartedly.

King’s 1963 “I Have a Dream” speech” was a message of aspiration — a “sunlit path of racial justice.”

The overarching theme to King’s Speech was that subliminal stimulus to look ahead, to be forward looking. “Let us not seek to satisfy our thirst for freedom by drinking from the cup of bitterness and hatred,” he said. He looked forward to the full grant to blacks of their God-given rights, and predicted that “men, Jews and Gentiles, Protestants and Catholics, will be able to join hands and sing in the words of the old Negro spiritual, ‘Free at last! free at last! thank God Almighty, we are free at last!'”

King’s powerful words almost seem quaint and irrelevant to today’s hysterical Democrat culture warriors, who thirst for bitterness and hatred above all else.

These are divisive times, and people find different meanings in the same words. But maybe if insults like “racist” were treated with more gravity and respect, instead of used as a bludgeon against political opponents, America would be in a better position to figure the rest out. Ball is in your court, democrats.