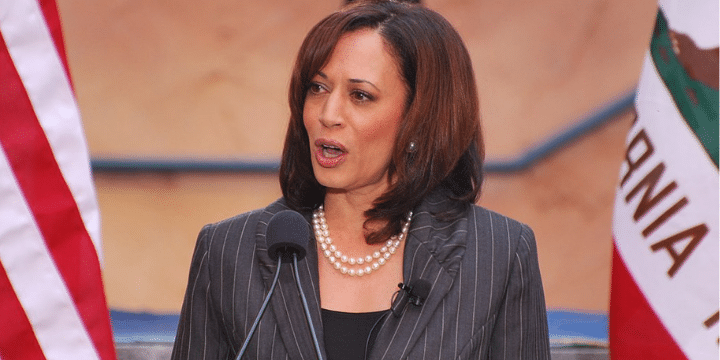 Do you like your healthcare plan? Too bad, according to 2020 hopeful Kamala Harris. After Harris threw her hat into the ring for 2020, she announced one of her top agenda items would be to toss out all private health care insurance for nearly 150 million Americans.

The “Medicare for All” plan, advocated by Democratic Socialists Bernie Sanders and Alexandria Ocasio-Cortez, is being embraced by some of the most radical Democrats in American history.

“Who among us has not had that situation?” Harris said during a Townhall interview. “Where you got to wait for approval, and the doctor says, ‘Well I don’t know if your insurance company is going to cover this.’ Let’s eliminate all of that. Let’s move on.”

Not so fast, Harris! Before we pretend all it takes is waving a wand and granting “free” healthcare for all, consider this:

Nothing is free and especially not healthcare! Such a proposal would cost taxpayers an estimated $32.6 trillion — $3.26 trillion per year — over a decade. At least 74 million Americans who are already on Medicaid would face tax increases. Quality of healthcare would dwindle and wait times to see your physician would increase.

Radical Democrats are spinning an idea that because our current healthcare has problems, a single-payer system will solve everything. When the question of how to pay for this so-called “fix all” plan comes up, none of the proponents can truly answer it. The truth is such a plan would devastate our economy and cripple taxpaying Americans. Our deficit is increasing and, while Democrats continue to blame President Trump for its climbing, they are behind closed doors crafting proposals that would increase our deficit.

Democrats like Kamala Harris have become a danger to our country and even to their own party. We have to keep the pressure on them, especially when it comes to healthcare. Free market options for healthcare are what will drive access and affordability, and those are the solutions that our lawmakers should be coming up with. If “Medicare for All” becomes a reality, we will face problems greater than the ones we had with ObamaCare.