If the Shoe Fits: Kaepernick is Anti-American 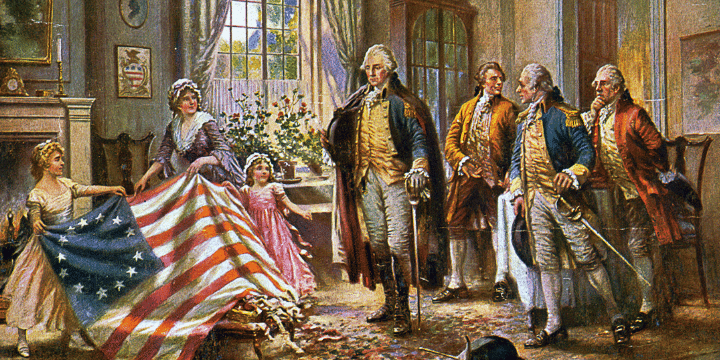 What’s a modern-day fourth of July without some anti-American drama? It seems to be a trend these days, especially from anti-Americans like Former NFL quarterback Colin Kaepernick. Kaepernick, the same football player who disrespected the National Anthem, is now going after the American flag created by Betsy Ross in the late 18th century. Nike was going to feature sneakers with the flag, but Kaepernick bullied the company into canceling the production. Why? Because he perceives the flag to be offensive as it has “ties to America’s era of slavery.”

If that’s the case, doesn’t celebrating our independence from British rule fall under America’s era of slavery? What will Kaepernick say next: We shouldn’t celebrate a pivotal moment in American history like the Fourth of July?

“Our Founding Fathers — Washington, Jefferson, Franklin, Adams, Madison, Hamilton, Monroe, and others — were the first in human history to declare their belief that ‘all men are created equal.’ They fought a war for independence from the greatest empire the world had ever seen so they could put those beliefs into practice, and then later fought a bloody civil war to better practice those principles at home. For more than a century since, the United States has been the leading global force defending and promoting human rights and civil liberties. We are proud of that heritage, and we have every right to be. For Nike to cave to a social justice warrior who’s offended at the very notion of America is absurd, and offensive. For make no mistake — Colin Kaepernick isn’t offended by the Betsy Ross flag any more than he is offended by the current American flag. He’s not offended by the flag at all — he is offended by America itself. That’s certainly his right. We disagree with his views on America and the role it has played in promoting and expanding human liberty, and we call on Nike to make a choice, here and now — agree with Kaepernick and pull the Betsy Ross shoe, or agree with us and put the shoe on the market.”

To view Betsy Ross’ flag as racist is a fallacy as there were many African Americans during the time of the Revolutionary War who died for what that flag would one day stand for. James Armistead Lafayette, an African American, spied for the colonies during the war and was instrumental in winning the Battle of Yorktown. Many free and enslaved African Americans were willing to take up arms against the British and to fight against tyranny.

History cannot be changed or rewritten. It’s unapologetic and it should remain that way. People, however, can acknowledge the good that has been accomplished from history. As for the bad, we can learn from history and we have since we went from a nation of enslaved individuals to a free nation.

Betsy Ross’ flag is a part of our history and her accomplishment should be acknowledged and celebrated. Shame on Kaepernick for insulting her name and the flag, and shame on Nike for caving to such un-American insanity to avoid controversy.

Now is a time for us to be true, patriotic Americans and to remember all of the good we have accomplished as a young nation. Let’s wave our American flags high and let our voices drown out the anti-American voices.