How Can President Trump Continue To Put America On Top of the Forbes List? 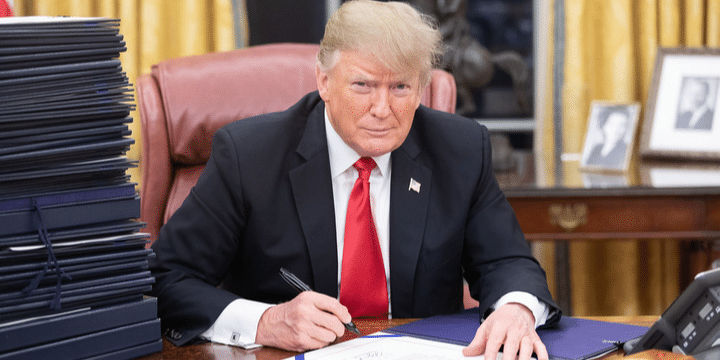 President Trump’s first 3 years in office were nothing shy of incredible. Despite Democrats attempts to stall him at every turn, President Trump has worked tirelessly (and succeeded) at Making America Great Again. As we head into the President’s fourth year in office, the question on the mind of many Americans is how will he Keep America Great, despite the Democrats continued opposition?

For 2020, the president can do even more to benefit patients and their families by tackling the root cause of sky-high costs: the lack of robust free markets in health care. The sector is dominated by third parties—insurance companies, government (primarily Medicare and Medicaid) and employers—not individual patients.

Government policies must push policies that put patients — not government bureaucrats and other third parties — in charge. In addition to the move for more pricing transparency, here are other initiatives that would be immensely helpful.

Another welcome White House move would be to push for the abolition of certificate-of-need (CON) laws. Thirty-five states and the District of Columbia now impose CON restrictions on health care entities, forcing them to obtain government permission before they can open or expand facilities or in some cases purchase certain devices or technologies.

The president could also mandate sweeping transparency about the pricing and rebate practices of pharmacy benefit management organizations that many experts believe are a prime cause of high drug prices.

Needless to say, taxation is another ripe area for beneficial change. The original Trump tax cut has been a huge success, leading as it did to higher economic growth, higher wages and the creation of millions of new jobs. An American family in most states earning $75,000 a year saw its tax bill cut by more than $2,000.

Bottom line: The president should build on his splendid achievements with policies that will make our economy — already the most dynamic in the world — even stronger.

With these things in mind, the President is well on his way to Keep America Great, and continue building on his successes of the past 3 years.