Happy Thanksgiving from Our Family to Yours 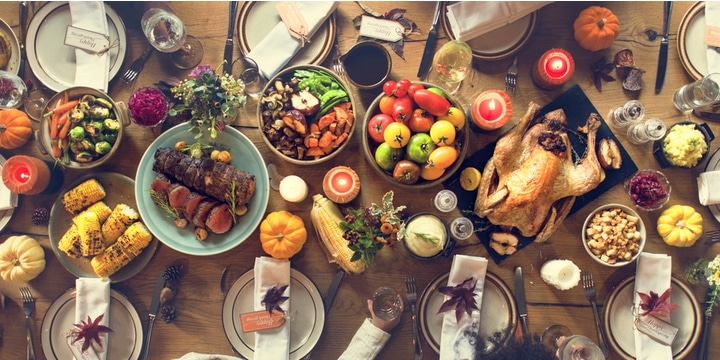 Today is a special day in American History. Today marks the Anniversary of Thanksgiving, the Pilgrim feast with the Indians who helped the colonists survive the early years of American colonization. Too often Thanksgiving is panned by the Left as a tradition of imperialism, something to be scorned. But this is a misguided attempt by the Left to undermine another great American tradition. Today, we give thanks. We celebrate the coming together of family, friends, and even enemies. That’s a holiday worth preserving. Abraham Lincoln thought so too.

Here’s an excerpt of President Lincoln’s 1863 “Proclamation of Thanksgiving,” given in the midst of the Civil War:

Needful diversions of wealth and of strength from the fields of peaceful industry to the national defense, have not arrested the plough, the shuttle, or the ship; the axe had enlarged the borders of our settlements, and the mines, as well of iron and coal as of the precious metals, have yielded even more abundantly than heretofore. Population has steadily increased, notwithstanding the waste that has been made in the camp, the siege and the battle-field; and the country, rejoicing in the consciousness of augmented strength and vigor, is permitted to expect continuance of years with large increase of freedom. No human counsel hath devised nor hath any mortal hand worked out these great things.

They are the gracious gifts of the Most High God, who, while dealing with us in anger for our sins, hath nevertheless remembered mercy. It has seemed to me fit and proper that they should be solemnly, reverently and gratefully acknowledged as with one heart and voice by the whole American People.

Even at the height of the bloodiest war the nation had ever seen, when distrust and tensions were at their highest among the people, President Lincoln found something to be thankful for. Freedom, prosperity, and health. The promise of a better tomorrow. This is what we remain thankful for today.