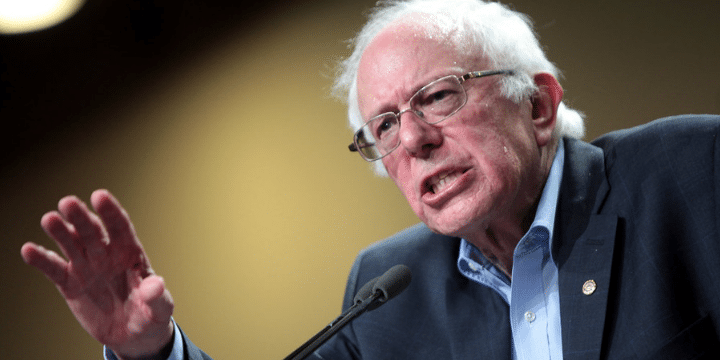 Bernie Sanders’ delusions run deep. He argued that Americans would be “delighted to pay more in taxes” if his policies are carried out.

Fox News has the details on Sanders’ CNN appearance:

“Look, what we have to understand, for example… the United States is the only major country on Earth not to guarantee health care to all people as a right,” Sanders explained. “In many countries in Europe, Germany for one, you go to college and the cost of college is zero. I think in Finland they actually pay you to go to college. In most countries around the world the level of income and wealth inequality, which in the United States today is worse than at any time since the 1920s… that level of income and wealth inequality is much less severe than it is right here in the United States.”

“Yeah, but I suspect that a lot of people in the country would be delighted to pay more in taxes if they had comprehensive health care as a human right,” Sanders claimed. “I live 50 miles away from the Canadian border. You go to the doctor any time you want. You don’t take out your wallet. You have heart surgery, you have a heart transplant, you come out of the hospital, it costs you nothing. Your kids in many countries around the world can go to the public colleges and universities tuition-free, wages in many cases are higher.”

It doesn’t cost a thing? Wrong! Everything has a price tag, but it just depends on how you look at it. If Bernie Sanders implements “free” college and health care, what happens to the overall quality of those entitlements? The exact countries Sanders is using as examples are the reasons why Medicare-for-All and free college-for-all won’t work.

Let’s start with healthcare. Wait times will increase, as they have in Canada and the United Kingdom. Overall quality of the health care provided will go down. Do you like your private health coverage? Too bad. Your choice of health care will be taken away when you sign up for a one-size fits-all health care plan.

As for college, students’ persistence and drive for success will decrease. Why try when you don’t have to pay for it? Failures and withdrawals will likely increase and be widely abused—and you get to pay for those abuses. Private college? Like private insurance, it’s likely they will cease to exist. Finally, there will be little emphasis on vocational and trade schools which are very necessary too.

It all sounds nice until you have to pay for it and until you see the issues these entitlements bring. Bernie Sanders and other Democratic contenders need to rethink their pitch to Americans, and they should quit assuming people are “delighted” to pay more in taxes.