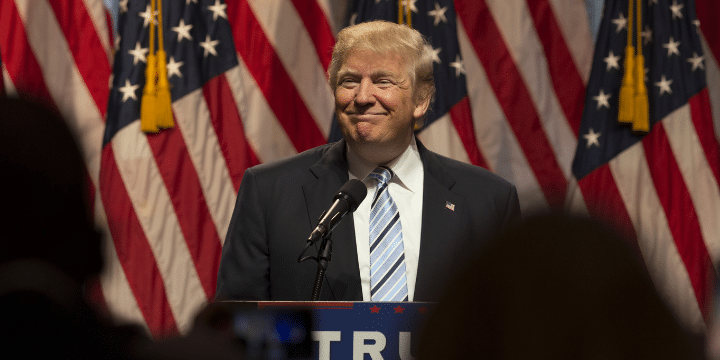 Despite what the liberal media hopes and predicts, President Trump may have a better chance of staying in the White House for another four years. The radical shift in the Democratic Party may be the nail in the coffin for the party’s ambition of taking back the White House in 2020.

National Review has the details:

Presidents run for reelection against real opponents, not public perceptions. For all the media hype, voters often pick the lesser of two evils, not their ideals of a perfect candidate.

We have no idea what the economy or the world abroad will be like in 2020. And no one knows what the country will think of the newly Democrat-controlled Congress in two years.

The public has been hearing a lot from radical new House representatives such as Alexandria Ocasio-Cortez (D., N.Y.) and Rashida Tlaib (D., Mich.). Their pledges to deliver “Medicare for All,” to phase out fossil fuels, and to abolish the Immigration and Customs Enforcement Service are occasionally delivered with snark. Tlaib recently used profanity to punctuate her desire to see Trump impeached.

But much of the public supports Trump’s agenda of deregulation, increased oil and gas production, getting tough with China on trade, and stopping illegal immigration.

What if the Democrats impeach Trump, even knowing that a Republican Senate would never convict him?

When Republicans did that to Bill Clinton, his approval rating went up. Some Republican senators even joined the Democrats in the effort to acquit Clinton. As a reward for the drawn-out drama around the impeachment, Republicans lost seats in both the 1998 and 2000 House elections.

We still don’t have any idea whom the Democrats will nominate to run against Trump. Will they go the 1996 or 2012 Republican route with a predictable has-been such as Joe Biden, who will turn 78 shortly after the 2020 election?

Whether or not they like Trump, millions of voters still think the president is all that stands between them and socialism, radical cultural transformation, and social chaos.

Many would prefer Trump’s sometimes-over-the-top tweets and hard bark to the circus they saw at the Brett Kavanaugh nomination hearings, the rantings of Ocasio-Cortez, or the endless attempts to remove Trump from office.

Only two years into Trump’s presidency, his foes have not only made slights at him but also at those who voted for him. Deranged Democrats will be sorry for turning an entire group of voters further away from its party. The 2020 election is still a long way from now and anything can happen, but the Democratic Party’s radical agenda of socialism, encouragement of mob rule and talks of dismantling the Constitution may be the one thing standing between them and the White House.