Do Deranged Democrats Even Believe Their Own Talking Points? 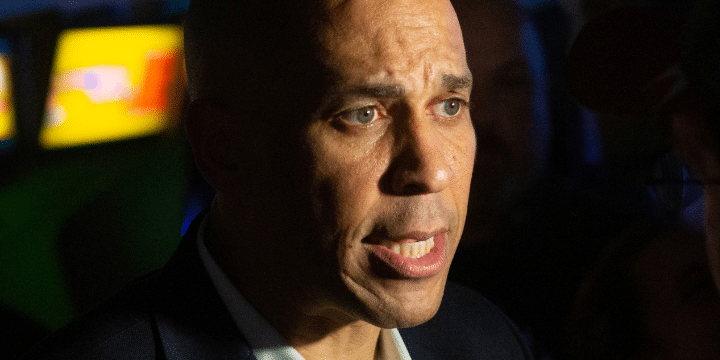 Can you say “hypocrite?” Sen. Corey Booker is not too keen on President Trump’s idea of sending illegal immigrants to sanctuary cities, bewailing it will make the U.S. “unsafe.” President Trump, who has worked tirelessly with Congress to fix our immigration problem, sees this as an opportunity to call the Democrats‘ bluff.

Booker, representing the sanctuary state of New Jersey, is one of many Democratic politicians who sees this response of Trump’s as a threat to their own states—most of them being sanctuary states.

“He is injecting fear into our country, and so if he was looking to solve the problem he wouldn’t be doing things to divide this country against itself,” Booker said.

Did he say “fear?” Fear of the same immigrants he and his party are welcoming with open arms?

The same politicians who claim they are “all for” protecting illegal immigrants, called the border wall “inhumane,” and called our immigration problem a “manufactured crisis,” are turning around and criticizing President Trump for suggesting to send illegal immigrants to their states.

Could it be that they don’t fully believe their own talking points?

While President Trump is working hard to provide solutions to the clear and present danger of illegal immigration, what possible solutions have Democrats like Booker suggested? As far as they’re concerned, strengthening our immigration laws and border security is politically incorrect and maintaining the status quo by standing idly by is the only solution they could come up with—heaven forbid illegal immigrants come to their doorsteps.

Hypocritical and deranged Democrats need to stop reciting their talking points and work with President Trump and the rest of Congress on a solution to stop this crisis from happening. No one is buying the “manufactured crisis” rhetoric!