Deranged Dems: Ocasio-Cortez is predicting the “end of the world” 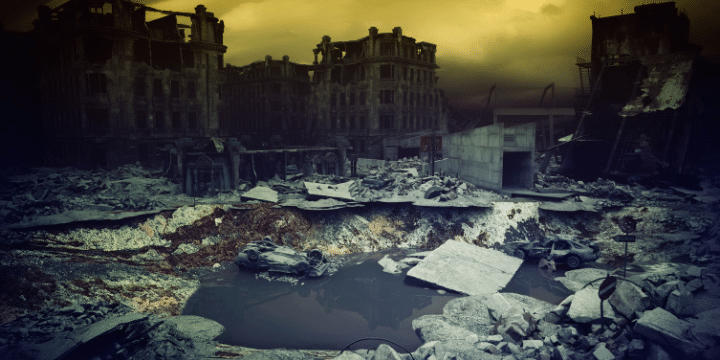 Freshman Rep. Alexandria Ocasio-Cortez wants Americans to support her Green New Deal – or else. “Millennials and people, you know, Gen Z and all these folks that come after us, are looking up, and we’re like: ‘The world is gonna end in 12 years if we don’t address climate change, and your biggest issue is how are we gonna pay for it?’” Ocasio-Cortez said at a Martin Luther King Day event.

Conservative Review has the story:

Ocasio-Cortez is referring to a United Nations study that exacerbated climate hysteria last October by declaring the world has just 12 years to keep global warming at a maximum of 1.5C, else the report claims rising temperatures will lead to drought, floods, extreme heat, and poverty for hundreds of millions of people. The report demands that the entire world totally replace all fossil fuel energy by 2050 to avert the coming climate crisis, but that’s not feasible. The costs to achieve this are astronomical, and there exists no means of forcing every country on planet Earth to reduce its carbon emissions.

But here in America, at least, the democratic socialists have a plan. The Left’s “Green New Deal” plan proclaims that the United States can transition to “100% green renewable energy (no nukes or natural gas)” by 2030 if lawmakers follow a few simple and easy steps to destroy the free market system. At National Review, Jim Geraghty has a great rundown of the key points of the plan, which include:

“This is not possible short of a societal collapse to agrarian subsistence,” Geraghty writes. He’s right, but degrowth is actually the goal for some on the Left.

Needless to say, the government would have to vastly raise taxes and commandeer industry to enact those policies — which, as a socialist, Alexandria Ocasio-Cortez thinks is totes amazeballs. Who cares about the costs when the world is going to end, right?

The Democratic Party has become so radical and its radicalizing its supporters. A vote for such a disastrous deal would ruin the American economy and kill jobs. Unfortunately, her rhetoric will encourage supporters to ignore reasoning and facts for the sake of virtue-signaling on climate change.