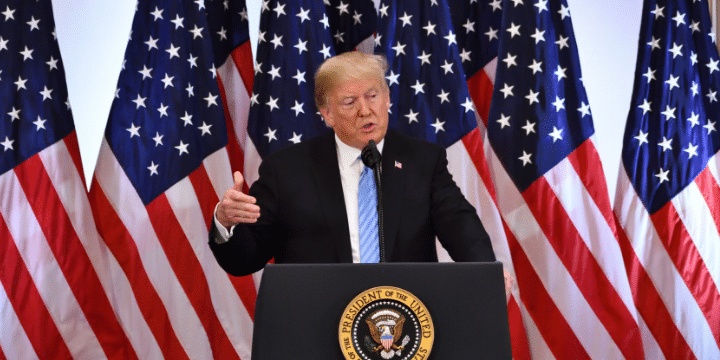 Once again, Democrats are trying to revive talks on impeaching President Trump. After the Mueller testimony a few weeks ago ended up being predictably anti-climactic, the Democrats remain unsatisfied with the results. Democrats are doing what they do best: despising President Trump and spending time and resources to find any reason to get him out of the White House.

Democrats have steadily emerged to back an impeachment inquiry since former special counsel Robert Mueller testified before Congress last month on Russia’s 2016 election interference and episodes of possible obstruction of justice by Trump.

About half the caucus now supports an inquiry, increasing the pressure on Speaker Nancy Pelosi (D-Calif.) and other leaders.

At the same time, the number of House members formally backing an inquiry is far less than the 218 votes needed to impeach Trump.

Centrists have repeatedly offered concerns that the party is spending too much time talking about impeachment as opposed to health care and other issues seen as central to the party’s victories in last year’s midterm elections. They’ve warned this could hurt the party in the elections.

“I believe impeachment will assuredly consume us all and basically grind our nation to a halt,” Rep. Stephanie Murphy (D-Fla.), a co-chair of the moderate Blue Dog Coalition, said during a town hall last week in her central Florida district, according to the Orlando Sentinel. “And I think impeachment has a really high threshold.”

A handful of Democrats have promoted the idea that the party has effectively launched an impeachment inquiry, even though it has not. That seems designed to mollify liberals arguing that the House should do something.

“In every meaningful way, our investigation is an impeachment inquiry,” Rep. Ted Deutch (D-Fla.), a senior member of the Judiciary panel, wrote Thursday in an op-ed in the South Florida Sun Sentinel.

Instead of focusing on policy issues, Democrats are wasting their time on impeachment talks. President Trump was found neither guilty of collusion nor of anything else. The rest of America has moved on and it’s time for these lawmakers to do the same.