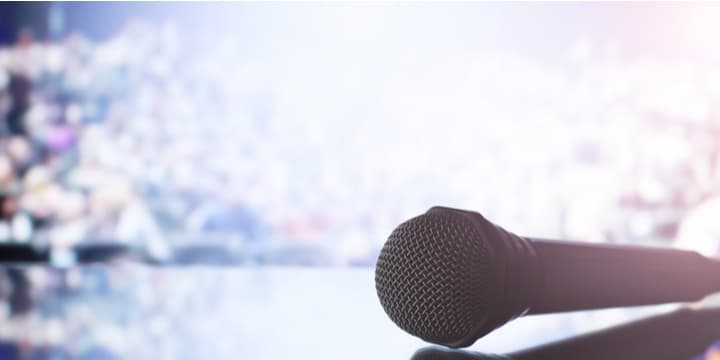 The fifth Democratic debate happened last night in Atlanta, Georgia and the stage was set for controversy. Democrats’ phony impeachment hearing were in full swing, new polls showed Pete Buttigieg was beating Biden and Warren in key swing states, and Kamala Harris was dropping drastically in the polls. With all that in mind, the Democrats took the stage — and what followed was lackluster at best.

Fox News broke down the big winners and losers of the night:

Overall, Minnesota Sen. Amy Klobuchar was the winner of the contest than ran over two hours. She had her best performance by emphasizing her experience, productivity, electoral successes. She also emphasized the fact that women are judged by a different standard than men, citing her criticism of Buttigieg’s lack of experience while he was being hailed as a front-runner last week.

Klobuchar pulled it all together in Atlanta with a number of great points and lines — many familiar — but then she delivered the line of the night, “If you think a woman can’t beat Donald Trump, Nancy Pelosi does it every single day.” Klobuchar isn’t a front runner and this debate won’t make her one. But, the senator will get another look from voters due to it and that puts her in a better position coming out of the debate than going into it.

Former Vice President Biden is a winner by default. Hiding in plain sight might be the best strategy for him. Biden didn’t have the mistake laden performance of past debates by receding for long stretches in the debate. Still holding on to a national lead, that strategy Wednesday night will help him hold on to it for a bit longer. Biden largely relied on his message that he can beat Trump, has the experience, and can bring people together. That might be enough, for now, to keep him in the post position but it’s not going to win the nomination without a better performance in future debates and on the campaign trail.

Harris had her best performance in a long time. She went after Trump and Gabbard making the case against both in her best prosecutorial fashion. Harris may never match the electric moment she had when she went after Biden in an earlier debate, but she turned in her best performance since that one by mixing moxie and policy positions. That allows Harris to play for another day when she’s been skating at the edge of collapse. A lack of consistency has bedeviled her candidacy. But on Wednesday night she was the candidate everyone expected her to be in this campaign.

Running to be the Democratic nominee and criticizing the Democratic Party is not a winning strategy. Gabbard’s criticism of the Party may have been her way of setting up a run as an independent in the general election. Instead, Harris disqualified her for both contests by reciting her embrace of Trump and dictators since the 2016 election. Gabbard then turned her aim on Buttigieg at the end of the debate in yet another curious attack on other Democratic candidates that has been a hallmark of her candidacy.

Buttigieg was the loser in Atlanta. He had the most to gain yet missed the opportunity to set himself apart from the front tier of candidates and generate even more of the momentum initiated by the latest polls. Buttigieg still struggles to address matters of race and that was no different on Wednesday night. The fact that Buttigieg couldn’t make the most of the debate on Wednesday night could foreshadow his ability to put the race away later in the campaign. It is his second turn in the spotlight and under the stage lights on Wednesday night he didn’t shine. Instead, Buttigieg turned in a serviceable appearance at best, missing an opportunity he’s unlikely to get again — a hot hand going into a debate as a new front-runner.

Debates have been Massachusetts Sen. Elizabeth Warren’s bread and butter. No one has more plans, policies, or points and makes them better than Warren…but not on Wednesday night. For some reason, Warren didn’t have it. She made better points with more detail than any of the other candidates but her delivery and presence were off. A performance like those from her other debates would have helped Warren stem a tough week or two of poll numbers in early primary states. Instead, she will have to hit the trail to do it until the next debate.

The independent Vermont Sen. Bernie Sanders didn’t do anything to help himself on Wednesday night. Same lines, same attacks, same Bernie Sanders. His performance means that Sanders won’t turn his drop in the polls around with the Atlanta debate. He has plenty of money to stay in the race for months to come. But, that doesn’t mean he’s going to win a contest in the process and that’s why debates like the one on Wednesday night matter.

In every debate, New Jersey Sen. Cory Booker has a moment…and that’s it. It’s just a moment. That’s not enough for him or his candidacy to make a move. Booker’s performance Wednesday night isn’t going to move the polls for him and it’s unlikely he is going do anything else at this point that will do it.

Neither entrepreneur Andrew Yang nor billionaire activist Tom Steyer were able to make a real mark in this debate to make a move in the polls with voters. Steyer resorted to reciting lines from his TV ads during much of the debate. Yang had a few good lines. But, at this point, that’s a costly missed opportunity for both candidates.

The late entrant into the 2020 Democratic race, former Massachusetts Governor Deval Patrick not only didn’t make the debate stage he also canceled an event he organized at Morehouse College in Atlanta, the site of the debate, when only two people showed up.

While Fox News’s break down is good — we had a little bit different opinion. We think that all of the Democratic candidates were the losers of the night, and President Trump was the big winner of the night.