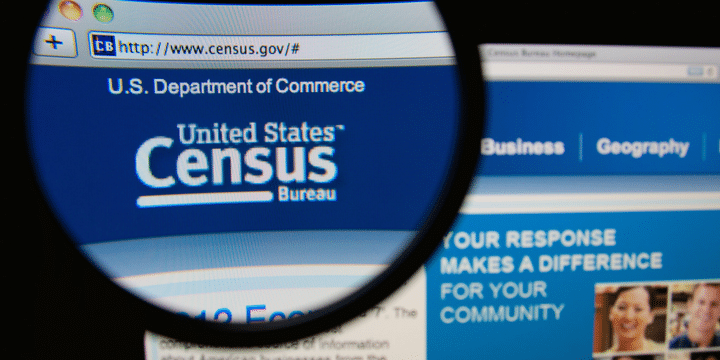 President Trump and his administration have tirelessly worked on adding a citizenship question to the upcoming decennial census. Other than collecting for the purposes of Voting Rights Act enforcement, Democratic lawmakers claim that President Trump has an ulterior motive for it. Nancy Pelosi went as far to say President Trump wants to make America “white again.” Not surprisingly, Democrats lie and cry “racism” to prevent a simple count of the legal U.S. population.

Regardless of what side of the political spectrum people are on, there is a constitutional reason for why the Trump administration should move forward with its push for the question for the 2020 census.

Daily Wire has the commentary:

Consider the relevant Fourteenth Amendment Section 2 text, with emphasis in bolded italics: “But when the right to vote … is denied to any of the male inhabitants of such state, being twenty-one years of age, and citizens of the United States, or in any way abridged, except for participation in rebellion, or other crime, the basis of representation therein shall be reduced in the proportion which the number of such male citizens shall bear to the whole number of male citizens twenty-one years of age in such state.” Broken down into plain English, then, the Fourteenth Amendment’s remedy for a state’s abridging the right to vote for its male citizens aged 21 or over is congressional reapportionment wherein that abridging state loses representation based on a textually mandated formula — a two-variable formula, that is, where each variable requires citizenship data.

This is not just a legal justification for the Trump administration to include the citizenship question on the census. It is an affirmative constitutional mandate. Indeed, as Rivkin and Gray state, “The Constitution itself requires the collection of citizenship information.” And “[c]ompliance” with the mandate, as they write, “is impossible without counting how many citizens live in each state.” It is really that simple: All it would take, legally speaking, is an executive order from President Trump stating that the inclusion of the citizenship question on the U.S. Census is necessary to comply with the clear constitutional demands of Section 2 of the Fourteenth Amendment.

A census is essential for the government to determine how and where resources and spending are allocated, as well as for purposes of representation in Congress. It’s important for the government to know – to operate correctly and constitutionally – who is here legally and who is here illegally. From a legal standpoint, the Trump administration can and should pursue this issue to the very end.