California Gets a Second Amendment Win 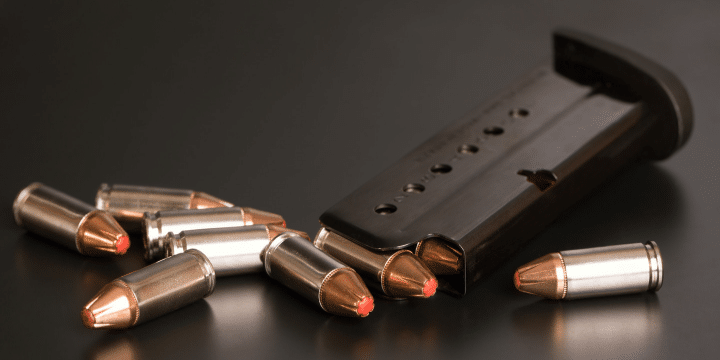 “California’s law prohibiting acquisition and possession of magazines able to hold any more than 10 rounds places a severe restriction on the core right of self-defense of the home such that it amounts to a destruction of the right and is unconstitutional under any level of scrutiny.

“California’s ban is far-reaching, absolute, and permanent. The ban on acquisition and possession on magazines able to hold more than 10 rounds, together with the substantial criminal penalties threatening a law-abiding, responsible, citizen who desires such magazines to protect hearth and home, imposes a burden on the constitutional right that this Court judges as severe.”

“The magazine ban arbitrarily selects 10 rounds as the magazine capacity over which possession is unlawful. … The ban on magazines that hold more than 10 rounds amounts to a prohibition on an entire class of ‘arms’ that is overwhelmingly chosen by American citizens for the lawful purpose of self-defense.”

This is a major win for law-abiding gun owners. Since 2000, California has prohibited the purchase and sale of high capacity magazines and has since debated extending the law to those who possessed them before the ban was established.

The goal was to prevent mass shootings, but Judge Benitez argued that it defeats the point of self-defense. He cites a home invasion where a woman used extra bullets in her gun to kill an attacker while women in two other case ran out of bullets in life-threatening situations.

While California isn’t the only state with a law on the books banning high capacity magazines, the constitutionality of high capacity magazine bans may ultimately be decided by the Supreme Court. Until then, we thank Judge Benitez for upholding the rule of law and making a ruling that will save lives in self-defense situations.