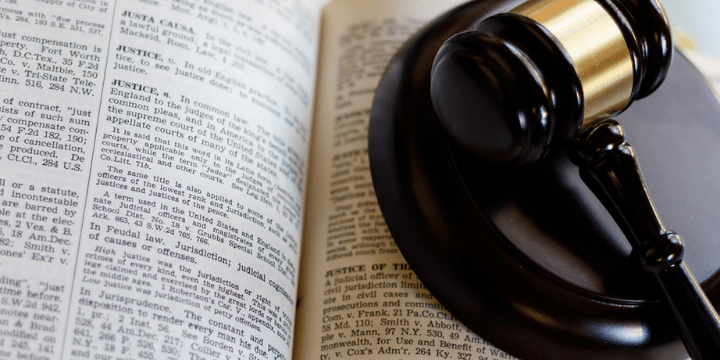 We have a crisis at our border and the appropriate response is to create more laws to tighten loopholes and to fix a system that lets thousands of illegal immigrants pour into our country each month. Unfortunately, the lower courts are treating immigration as the new civil rights movement and we have legitimized these judges to the point where they decide where our country goes.

In short, we have created a system that elevates the decisions of out-of-control judges and the judicial system above all other the branches of government.

As far as immigration is concerned, the lower courts will systematically get away with abolishing ICE and all immigration enforcement. These out-of-control judges will never have to fear electoral backlash or reelection when they make these dangerous decisions. In the end, Democrats will get everything they want with the lower courts on their side.

Daniel Horowitz writes about how the lower courts are unraveling existing law:

“Hundreds of thousands of migrants are flooding our border, claiming the formula of “credible fear” of persecution. They get to stay indefinitely while they ignore their court dates in immigration court. Because of an amalgamation of several prior activist court rulings, mainly by this very circuit, roughly 90 percent of credible fear claims are approved by asylum officers and the claimants shielded from deportation, even though asylum status is ultimately rejected almost every time by an immigration judge. Unfortunately, by that point it’s too late for the American people, who are stuck with the vast majority of these claimants remaining indefinitely in the country. Yet rather than ending this sham incentive, the Ninth Circuit drove a truck through immigration law by asserting that there is now a constitutional right for even the few who are denied initial credible fear status and are placed in deportation proceedings to appeal their denials, not just to an administrative immigration judge but to a federal Article III judge for any reason.”

Conservatives are coming to the disturbing realization that modern judges have no concept of the power of the federal government to protect our sovereignty. They have decided to call the shots on immigration.

“Judges can’t veto laws; they can merely grant or deny relief to individual plaintiffs. Even if the judge were correct that this law, in general, could possibly rope in mere advocacy and speech for criminal prosecution, that concern doesn’t apply to this case. Judges rule on cases, not on laws. To believe otherwise is to concoct an entirely new level of judicial veto that our Founders explicitly rejected. This is the difference between judicial review and judicial supremacy.

This is also part of a growing trend of judges tossing out not only long-standing immigration enforcement policies, but even long-standing immigration statutes for the first time in our history. This law had been on the books in some form since 1891. Section 3 of the 1891 Immigration Act made it a felony to “assist or encourage the importation or migration of any alien by promise of employment” through advertisements. Any alien who came in due to such advertisements was deemed inadmissible, and that law was designed to prevent people from encouraging them.”

The only way we can protect our current immigration laws and save our country from this immigration crisis is to reign in the judiciary. It’s time to put the much-deserved power back into the three branches of government and delegitimize the lower courts before they delegitimize American law completely.