A Welcome Addition to the Armed Forces 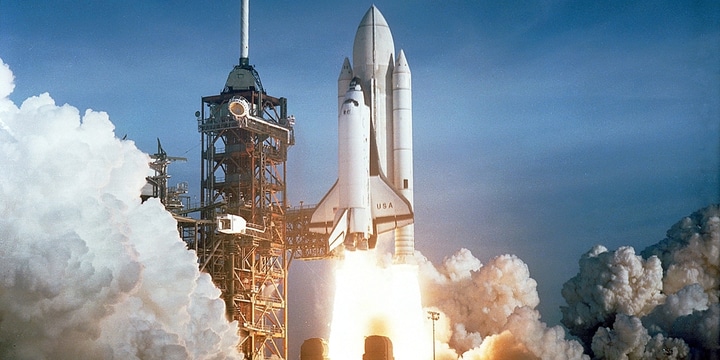 When President Trump announced the Space Force he was laughed at by every late-night host. It was a silly venture too ahead of its time. At least that’s what the liberals claimed. The truth is that a dedicated force to deal with Space is sorely needed. In fact, our adversaries in Russia and China have been building their own versions of a Space Force for years.

The Heritage Explains podcast has the details in this excerpt from their transcript:

Did you know that our most powerful adversaries already have a Space Force?

In 2015, Russia actually combined their Space Force that manages their satellites and associated tracking and control networks with their Air Force and aerospace and missile defense force to create what they now call their Russian Aerospace Forces. That same year China engaged in a massive reorganization of their military which saw the creation of the PLA Strategic Support Force bringing their electronic network, cyber and space warfare forces together into a single service. Shockingly they both also have some basic abilities that we do not.

Things that the Chinese and Russians at this point can do that the United States can’t, is that it can also put an astronaut into space. At this point, ever since we retired the space shuttles we have been hitching rides on Russian rockets in Russian capsules, even up to the International Space Station.

Dean explained to me why the abilities of our adversaries in space affect us in both wartime and peace. Right now there are thousands of U.S. satellites orbiting the Earth. In a time of war, if an enemy was able to interfere with our communication to any of these satellites they could severely affect missile defense and guidance.

Cheng: In peacetime, believe it or not, there’s an even bigger set of issues that are involved. If you order something from Amazon and you want to track your package, that’s GPS. If you use your credit card at the gas station pump, that’s communication satellites and also GPS. So you have the ability, if you can interfere with satellites systems in peacetime, to affect almost every part of your daily life and a huge part of this country’s economic system.

Cordero: I asked Dean if he believes that the next big conflict will be in outer space. And if the United States really needs a Space Force.

Cheng: In the next conflict, if it involves a major power or even a mid-size power increasing, it will have operations in space. And by the way, those operations in space while we tend to focus on the really cool images of a kinetic anti-satellite weapon just colliding with and blowing up into fragments, could also include cyber attacks where the satellite turns itself off for example. And a lot of countries are developing that set of capabilities.

A space force is desperately needed to keep with the times. The old age where space was practically inaccessible is coming to an end. President Trump had the foresight to see this and is now prepping phenomenal response teams to deal with new and futuristic threats.