Over the course of the next 35 days, we likely have two major priorities (unless something else also comes up!). One is to support President Trump’s Supreme Court nominee, and the other is to Get Out The Vote and win the election through Tea Party Patriots Citizens Fund’s 2020 Patriot Project! Remember, time is our most important resource because we can’t get any more of it, so let’s use it wisely!

Note: in order to share the links below, simply open the link, and copy the URL address, and then paste it wherever it is that you are sharing it.

Launch of ‘Moms for Safe Neighborhoods’

Today, a new organization of concerned mothers is launching called Moms for Safe Neighborhoods. Jenny Beth is on the advisory board, and below is a message about this new organization from her and the other board members.

“Our purpose it to help re-elect President Trump so we can keep our children and communities safe. We’ve seen Biden and the Democrats undermine our safety during these national protests by calling for money to be diverted away from the police and waiting too long to call out violence around the country. By re-electing President Trump, we are making sure we will have policies in place to keep our families and communities safe and strong.

“We want to share the message of safety and security to other moms, in particular suburban moms, across the country before the election.

“We are getting our message out immediately with a national ad campaign which will roll out this week on The Today Show, Fox Network, A&E, E! and Bravo. I would also love your help getting the message out!  Below is our website, our social media, and graphics you should feel free to share.  I hope you will join me in getting our message out there that President Trump is the best choice for the safety of our children. And please follow us on Twitter here: @MomsSafe.“ 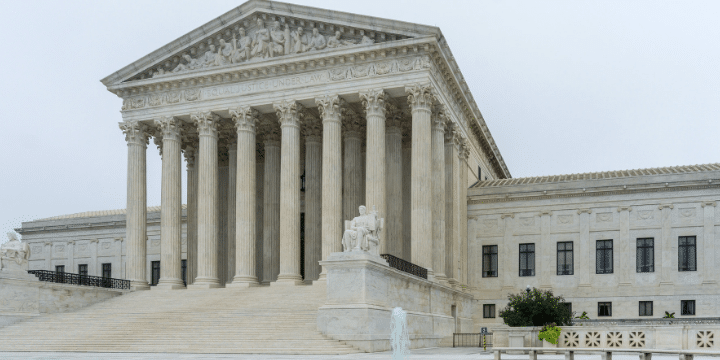 Scheduling weekly events keeps our messaging fresh in people’s minds, and cuts through the lies and hysteria from the mainstream media and the left about Amy Coney Barrett and President Trump.

Since we aren’t sure when the actual confirmation vote will take place, it’s a good idea to plan for the October 1st, 8th, 12th, and 15th to have signs promoting Judge Barrett’s confirmation to SCOTUS. Feel free to encourage American flags and any other messages you’d like to be present.

We will update you as the process moves forward with messages and suggestions. Once she is confirmed, we won’t need to promote that anymore, but we will still need to share other messages about President Trump, etc.

Additionally, if you schedule these ahead of time and let your network know, you will have better turnout than if you wait to schedule them.

If you don’t know your Senator’s phone number, you can use the Capitol Switchboard number. Simply call (202) 224-3121 and ask for your Senator by name and you will be connected. If you need to look up the name and party of your Senators, use the map on this page. Just click on your state and it will show you your Senators.

Sign up for our Supreme Court Action Coalition Group
If you received an email last week with a notice that we are reactivating the Trump Defense Team/Fight Impeachment group, then you are already on this email list. If you didn’t receive that email, then you will want to make sure you get signed up for the coalition group that will work to support President Trump’s SCOTUS nominee. You will receive emails with messaging, news, action items, and more that are specific to this Supreme Court seat fight. Sign up here.

There is still a drastic shortage of poll workers. Use our very short How-To Guide to help you figure out if you are eligible and how to sign up.

Note that NOW is the time to be signing up because there are usually trainings that you must be able to go through, and there will be deadlines for completing those trainings.

Also, in many states, teens can sign up to be poll workers. Since many kids aren’t in school right now, get them to help! Plus, in most states, poll workers get paid, and what teen doesn’t want a little extra money?

If you can’t be a poll worker because of health issues, you might be able to help someone else sign up by offering to watch their kids. Again, since many kids aren’t in school right now, there might be parents who want to sign up, but need help watching their kids for the day. 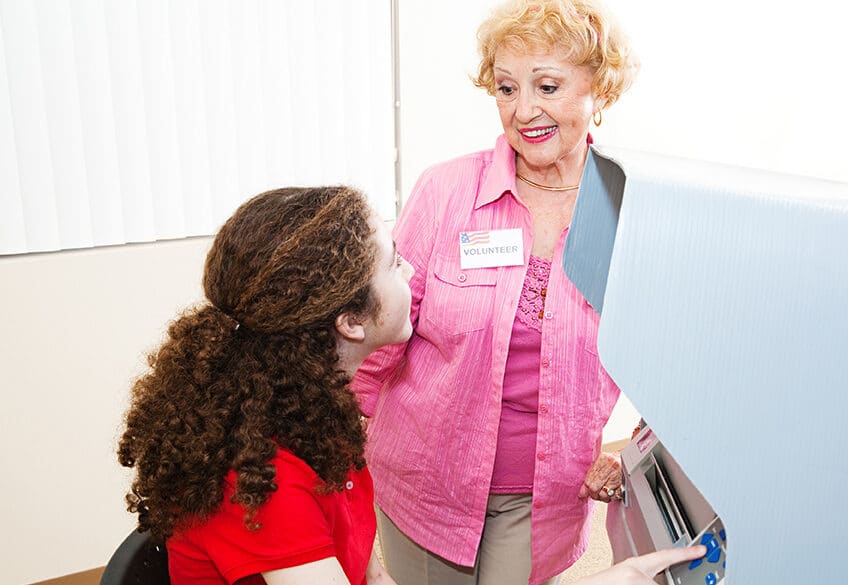 Keep an eye out every week for a new activity or book or lesson to bring real civics back to our children.

This week, we are recommending you watch a live virtual event from the Heritage Foundation, titled, “America on Trial: A Defense of the Founding,” on September 30, 2020 at 1:00pm eastern. RSVP here.

The attacks on America’s founding, including our Founding Fathers, our founding documents, and principles, as well as attacks on today’s America, require deliberate push back. It is really important that your kids and grandkids receive regular education about American values, and learn the truth about our founding.

This virtual event will likely be more appropriate or interesting for older elementary and above, but it’s always good to have things like this playing in the background for your younger kids just to hear, even if they don’t understand it all.

Here is the description of the event:

The Founding of the American Republic is on trial. Critics say it was a poison pill with a time-release formula; we are its victims. Robert Reilly declares "not guilty" in his new book, America On Trial: A Defense of the Founding. Learn more about the underlying drama: the conflict of might makes right versus right makes might. Reilly claims that the source of cultural decline is not to be discovered in the Founding principles, but in their disavowal.

In honor of Dr. Russell Kirk, this lecture will trace the lineage of the ideas that made the United States and its system of ordered liberty possible. In the great and vital tradition of Dr. Russell Kirk, Reilly will help us understand American democracy. Dr. Russell Kirk argued that, although these roots run deep, they need watering from time to time. Join us for this timely and important conversation with Robert Reilly.

Make sure to RSVP and get signed up for the event, so that you receive the log in information ahead of time. Also, if you can’t make the event live, if you RSVP, you will receive a link to watch it later after the event is over.

Once it’s over, discuss the points made by the presenter with your kids or grandkids, and answer any questions they may have.