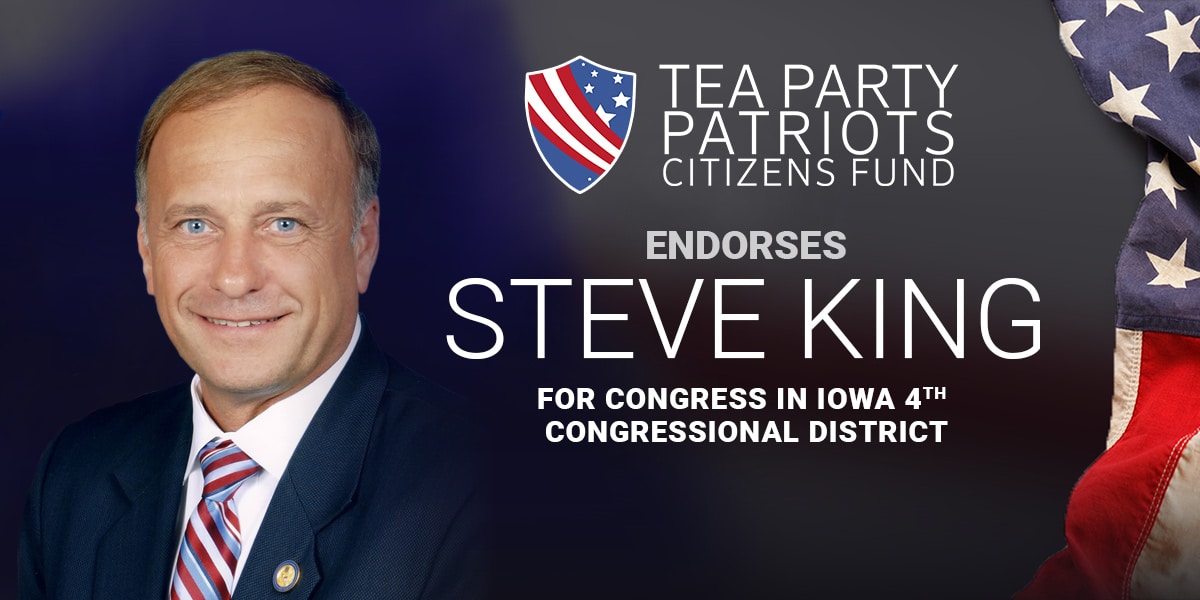 “For conservatives in Iowa’s 4th congressional district, the choice is clear – Steve King for Congress.

“He has been a leader in the fight to repeal ObamaCare, to secure our borders, to reform our immigration system, and to stop spending more money than we have.

“Steve has worked closely over the years with Tea Party Patriots and other like-minded groups of concerned citizens. His commitment to personal freedom, economic freedom, and a debt-free future rivals our own.

“Consequently, on behalf of Tea Party Patriots Citizens Fund, I am pleased to endorse Steve King for another term in Congress, and I urge all voters in Iowa’s 4th congressional district to make a plan to be a voter for him in the June 5 primary and the November general election.”