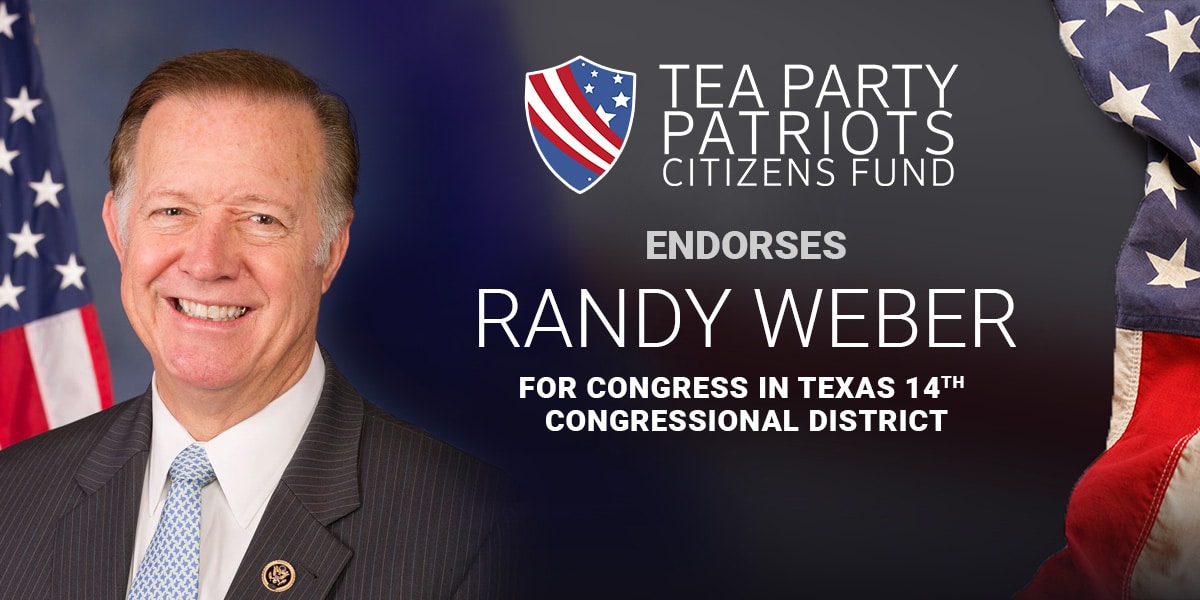 “Randy Weber has been a strong constitutional conservative ever since arriving in Congress. And he’s got a backbone, too – as was made evident when he became one of only nine Republicans to vote for an alternative to Paul Ryan for Speaker in the fall of 2015.

“That’s the kind of backbone it’s going to take to truly drain the swamp.

“He fought for true repeal of ObamaCare, and he is a strong supporter of President Trump and his legislative agenda.

“Consequently, on behalf of Tea Party Patriots Citizens Fund, I am pleased to endorse Randy Weber for another term in Congress, and I urge all voters in Texas’s 14th congressional district to make a plan to be a voter for him in the November general election.”