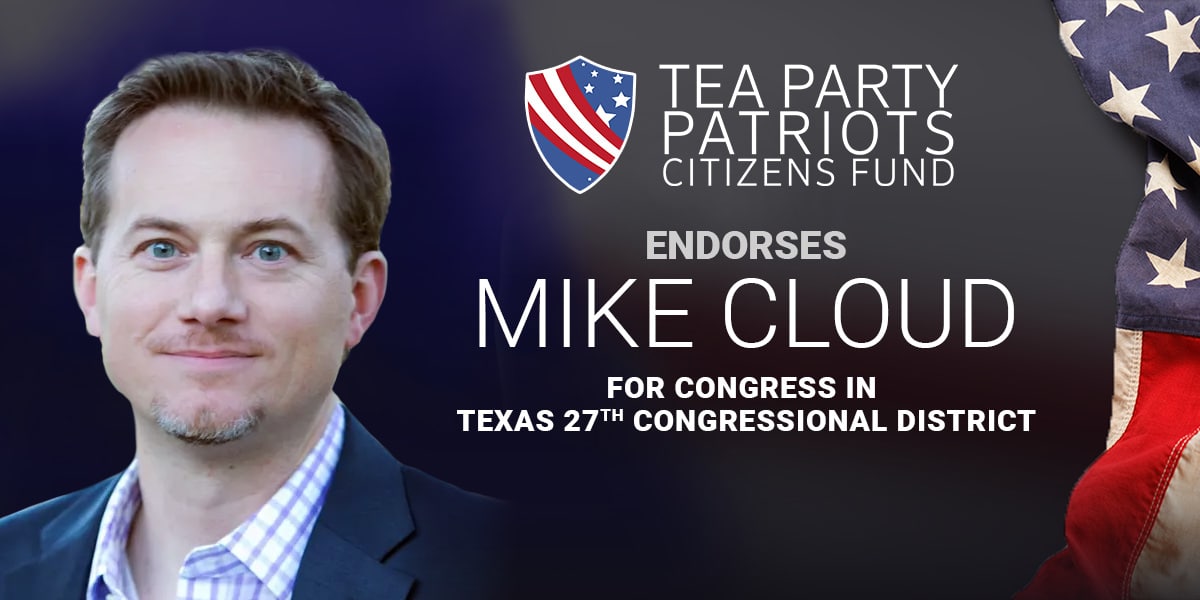 “For conservatives in Texas’ 27th congressional district, Mike Cloud is the conservative choice.

“Mike doesn’t actually want to go to Washington, but he says he’s willing to do it, because he knows Washington needs to change, and we need Congressmen willing to take on the culture of corruption.

“To Mike, immigration is a family issue – his wife is a naturalized U.S. citizen. He wants to build a border wall, and opposes amnesty for illegal immigrants. And he is a strong supporter of the Second Amendment.

“Not surprisingly, he has already been endorsed by the House Freedom Fund.

“Consequently, on behalf of Tea Party Patriots Citizens Fund, I am pleased to endorse Mike Cloud for Congress in Texas’ 27th congressional district, and I urge all voters in the district to make a plan to be a voter for him in the May 22 runoff election and the November general election.”