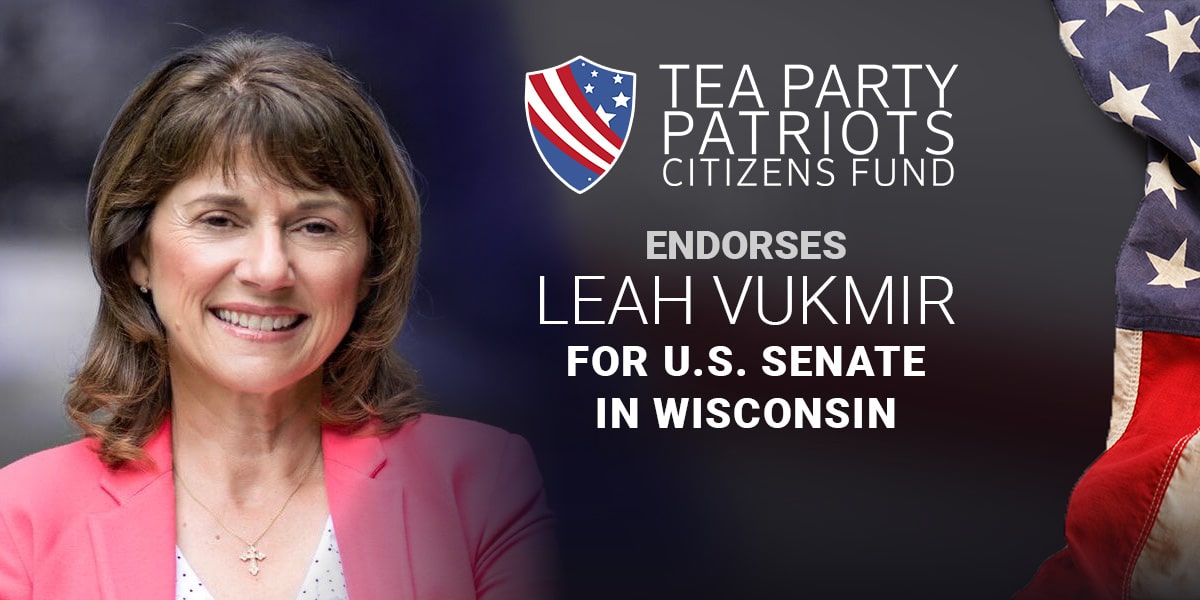 “In the contest for the U.S. Senate seat in Wisconsin, there’s a clear conservative choice – Leah Vukmir.

“President Trump endorsed Leah because he knows she’ll fight to enact his legislative agenda – strong support for the Second Amendment, stronger border security and an end to illegal immigration, lower taxes and less regulation, and full repeal of ObamaCare.

“Leah supports a Balanced Budget Amendment to the Constitution. She has signed the U.S. Term Limits Pledge. And she has signed Americans for Tax Reform’s Taxpayer Protection Pledge.

“Just as important as what she has PROMISED to do is what she has ALREADY DONE. Leah showed her strength in the state Senate, when she stood up to the opposition despite the threats they were making and she supported Governor Walker’s legislative agenda. She’s proven she’s got the kind of steel spine we need in Washington to drain the swamp.

“Consequently, on behalf of Tea Party Patriots Citizens Fund, I am pleased to endorse Leah Vukmir for the U.S. Senate seat in Wisconsin, and I urge all voters in Wisconsin to make a plan to be a voter for her in the November general election.”