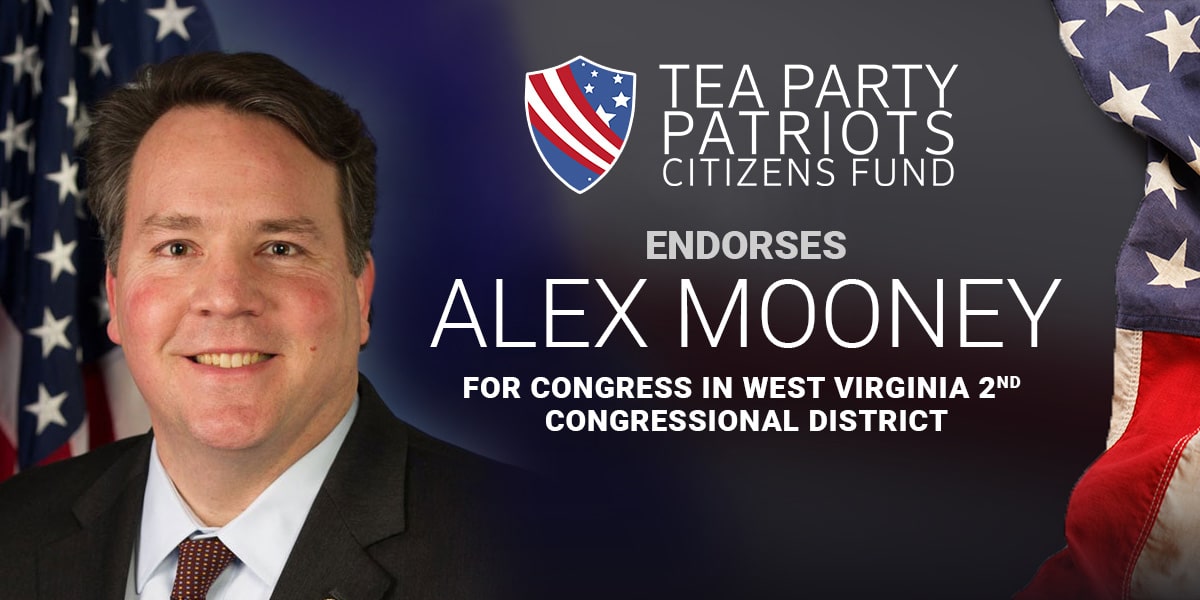 “Congressman Alex Mooney has lived up to his promises. Since coming to Congress, he’s fought to repeal ObamaCare, cut taxes to generate the kind of economic growth that creates new and better-paying jobs, and shrink the size of the federal government.

“Across the board, Alex Mooney has been a reliable vote and a strong voice for the conservative values we share – personal freedom, economic freedom, and a debt-free future.

“Consequently, on behalf of Tea Party Patriots Citizens Fund, I am pleased to endorse Alex Mooney for another term in Congress, and I urge all voters in West Virginia’s 2nd congressional district to make a plan to be a voter for him in the November general election.”