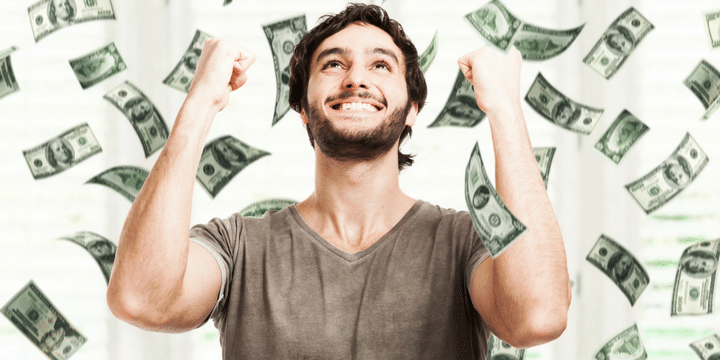 It’s working! The month of February begins with many people receiving their paychecks and noticing that they are taking home a little bit more. Treasury Secretary Steven Mnuchin estimates that 90 percent of American workers will have an increase in their take-home pay!

AP has the details:

How much extra cash? It depends on several factors, such as workers’ income, how often they are paid and the number of withholdings allowances they claim on their IRS Form W-4 with their employer.

Those whose employers were quick to make the change welcomed the extra money — anywhere from a few dollars to a few hundred dollars.

Wayne Love, who works in managed care in Spring Hill, Florida, got an extra $200 in his paycheck last week, which he said will help offset a $300 increase in the cost of his health insurance.

“I have heard time and again that the middle class is getting crumbs, but I’ll take it!” Love said by email

Julia Ketchum, a secretary at a public high school in Lancaster, Pennsylvania, said she was pleasantly surprised her pay went up $1.50 a week. She didn’t think her pay would go up at all, let alone this soon. That adds up to $78 a year, which she said will more than cover her Costco membership for the year.

And Todd Anderson of Texas and his fiance, who are both educators, got an extra $200 in their paychecks combined that they plan to use to cover the costs of a second baby on its way.

The IRS, payroll and tax professionals have been scrambling to react to the passage of the new tax law. And the IRS says it plans to make further changes involving withholding matters in 2019. Many in the industry say they expect the IRS to update the W-4 form in 2019 in a more dramatic fashion to fully reflect the scope of the law.

No worker should anticipate a negative impact from the new withholding table if their pay remained the same, said Joseph Rosenberg, a senior researcher at the nonpartisan Tax Policy Center.

Things are looking up for hard-working, taxpaying Americans since tax reform was signed into law. Thanks to Trump’s tax plan, Americans will see more of their hard-earned dollars in their take-home pay!