Why the Electoral College Matters Today 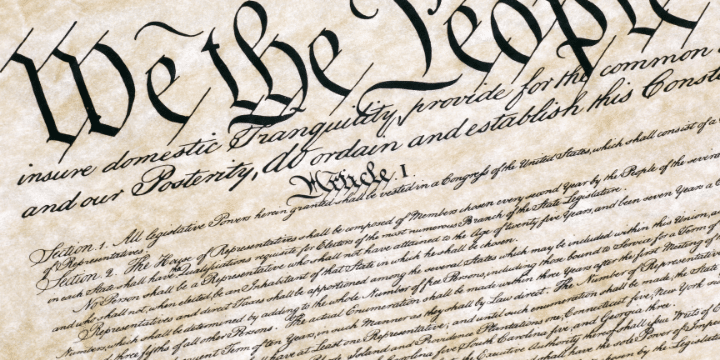 During a presidential election, the electors from the party that gets the most popular votes are elected in a winner-take-all-system, with the exception of Maine and Nebraska, which allocate electors proportionally. A candidate needs a majority of 270 electoral votes out of a possible 538 to win the presidency.

While writing the Constitution, the Founding Fathers made decisions that would protect the people from not only a potential tyrannical government, but also from themselves. This extra layer in our system would, according to Alexander Hamilton, preserve “the sense of the people,” while ensuring that a president is chosen “by men most capable of analyzing the qualities adapted to the station, and acting under circumstances favorable to deliberation, and to a judicious combination of all the reasons and inducements which were proper to govern their choice.” The Founding Fathers knew that if a direct democracy was created, they could not stop factions of people in overly populated areas from taking a mob rule approach to every elections. If it were by popular vote, an election would be decided by heavily populated states like California and Texas.

In the 2016 presidential election, then-candidate Donald Trump won the electoral vote by 304 to Hillary Clinton’s 227 votes. Since then, Trump-hating Democrats have opposed the system. Last week, Rep. Steve Cohen introduced a bill to eliminate the electoral college, calling it “outdated.”

It shouldn’t come as a surprise that Democrats like Rep. Cohen would take a stand against the constitutional electoral system when he and his counterparts did not like the outcome of the last election. Rep. Cohen represents the same party that has created a dangerous mob rule movement creating more harm than good. Alexander Hamilton and the other Framers foresaw such behavior and it’s why they established such a system.

America’s Constitution is anything but “outdated.”