What socialism looks like: Infiltrating schools to teach one-sided history 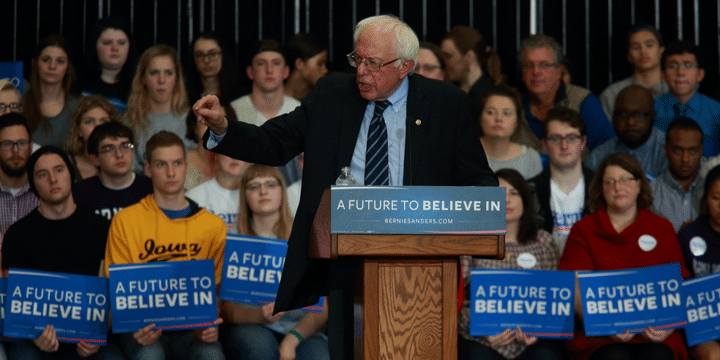 When the overall argument of socialism and all its properties don’t work on the hard-working and taxpaying adults, you bet your bottom dollar that they will try to push their ideology on children. After all, they are the generations who will become politicians, lawyers, journalists, and — more importantly — to become voters. They are the future and they determine what will become of it.

That’s why it shouldn’t come as a shock to us when we hear that the Young Democratic Socialists of America (YDSA) are urging socialists to become teachers in order to move teachers unions and students into “a more militant and democratic direction.” Teachers are with students nearly six hours a day, five days a week, molding their minds to look at the world a certain way.

Radio host Michael Knowles said on Fox & Friends that it’s a simple strategy because there’s a whole generation of socialist students who are ignorant of the “blood-soaked history.” He notes several surveys show nearly half of millennials don’t know who Vladimir Lenin or Mao Zedong are. That means millennials most likely are ignorant of the mass killings under regimes that adopted communism, socialism’s parent ideology.

So, what about the generations who are coming into schools? What can they learn from history if the history taught will be riddled with holes only to fit the narrative of the militant Democratic socialist objective.

We are in an era where information is at our fingertips and the way we should use that technology should be to inform and educate ourselves. Unfortunately, many millennials and Generation Z do not take advantage of it for those reason. They are left with teachers showing them one-sided history or a version of history that will mold the minds of young socialists to fight capitalism and its proponents.

What students won’t see is how capitalism, throughout history, has kept America moving forward. It gives us freedom of choice, freedom to innovate, freedom to work and be educated.

TPPCF Chairman Jenny Beth Martin wrote in her column, “For those who insist that capitalism is inherently selfish, and ignorant of the challenges faced by poor people around the world, keep this in mind – our capitalist system has done more to pull people out of poverty both here and abroad than any other economic system in the history of the planet.”

Without capitalism, we would not be the great nation we are today—a winning nation.

As Knowles pointed out, socialists can’t win a fair fight with educated adults. If they teach history to young and impressionable students the way it was intended to be taught, they’re going to lose.