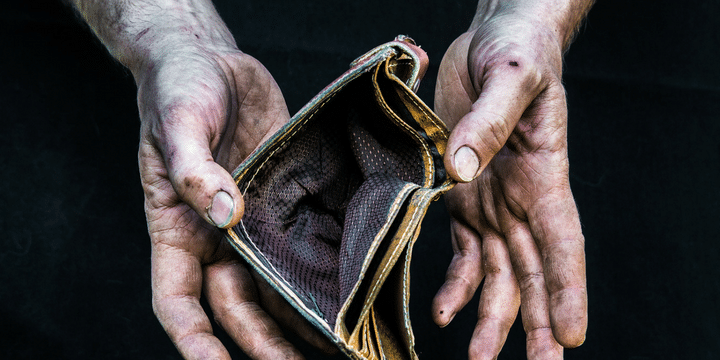 Each week, we will dive into the problems of socialism and how it’s trying to rear its ugly head in America.

Higher minimum wage: sounds nice, right? Think again! An increase in minimum wage means detrimental effects to the businesses, the employees that proponents want to help, and the overall economy. For example, New York City’s Coffee Shop just closed its doors and one of the reasons is because of the city’s rising minimum wage requirements. Democratic Socialist Alexandria Ocasio-Cortez, a former employee of the Coffee Shop, laments the restaurant’s closure even though its inability to make ends meet is because of the minimum wage increase – an increase that Ocasio-Cortez strongly backs.

Reason has the details:

“The times have changed in our industry,” Coffee Shop owner Charles Milite told the New York Post last month. “The rents are very high and now the minimum wage is going up and we have a huge number of employees.”

In other words, one of the very progressive policies that Ocasio-Cortez is riding towards a seat in Congress—she has called for a $15 federal minimum wage, up from $7.25 currently—has had very real consequences for people she probably knows fairly well. Unlike Ocasio-Cortez, it’s a safe bet that most of the roughly 150 people who work at the Coffee Shop won’t land a job in public office when they lose their current jobs in October.

This is not the first time Ocasio-Cortez has missed an opportunity to acknowledge that expensive government mandates can have real world consequences. The Daily Show’s Trevor Noah, for example, pressed Ocasio-Cortez (lightly) about whether her $15 federal minimum wage proposal would stagnate economic growth.

No, she said, claiming that Seattle had seen no such stagnation after implementing the same minimum wage. She also bizarrely claimed that 200 million Americans get by on less than $20,000 per year—a “fact” that’s pretty difficult to swallow given that the entire American labor force is 162 million.

But the Seattle argument is more interesting, because there’s a fair bit of evidence that the minimum wage has caused job losses in that city. Consider what researchers at the University of Washington’s School of Public Policy and Governance found: Namely, that the number of hours worked in low-wage jobs in Seattle has declined by around 9 percent since the start of 2016, “while hourly wages in such jobs increased by around 3 percent.” The net outcome? In 2016, the “higher” minimum wage actually lowered low-wage workers’ earnings by an average of $125 a month.

This sort of trade-off should be expected. Higher minimum wages will force some businesses to cut staff, while others might close entirely. If you still have a job after that, sure, you’ll make more money. If you don’t, well, finding a job just got more difficult.

But the point isn’t to argue with Ocasio-Cortez about the consequences of Seattle’s minimum wage hike (her defenders will point to other studies, like one commissioned by city officials and conducted by researchers at Berkeley, which show no ill-effects whatsoever). The point is that even if businesses in Seattle or New York City could absorb the economic hit of a $15 minimum wage, what would happen to businesses in places that aren’t modern metropolises with high costs of living and relatively higher wages? Does a $15 federal minimum wage make sense in western Pennsylvania, in eastern Kentucky, or in central California?

Job loss is one of the results of an increase in minimum wage. Businesses either can’t stay afloat or make the decision to replace labor with technology like McDonald’s ordering kiosks. To really see what higher minimum wage does to a nation, look no further than our neighbors down in Venezuela where minimum wage increased more than 3,500 percent and where jobs are already in short-supply. That is what socialism looks like and if Ocasio-Cortez had it her way, minimum wage hikes would increase while job growth, businesses and opportunity would decrease.