What higher taxes on the wealthy actually means 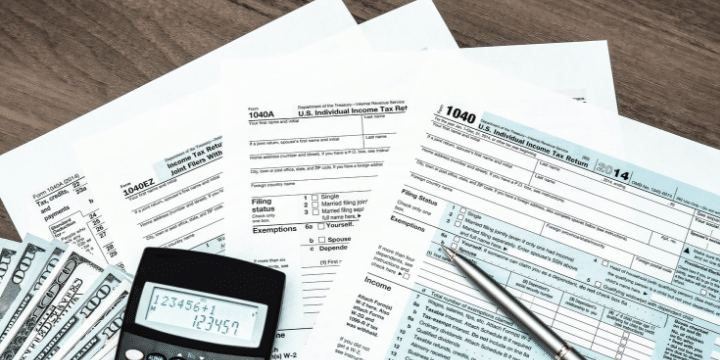 What happens when high-earners are hit with “millionaires’ taxes” in their states? They take their money elsewhere. States like California, New York, Maine, Connecticut, New Jersey, and the District of Columbia have such levies and these states seldom, if at all, benefit from them.

City Journal has the story:

Instead of generating a reliable revenue stream, millionaires’ taxes make revenue-collection more uncertain. One problem is outmigration: the wealthy simply decamp to less-punitive locales. Often owning homes in several places, they can easily change their official residence without giving up the one they maintain in a high-tax state, arranging their comings and goings to avoid any cavil about their new residence of record.

It would defy logic to assume that taxes play no role in family decisions about where to settle. Certainly, taxes played a role in such considerations in 2015, when New Jersey passed its millionaires’ tax. The Garden State’s richest resident, hedge-fund manager David Tepper, declared himself a resident of Florida, where he had long maintained another home. He later moved the headquarters of his firm, Appaloosa Management, to Miami. Tepper’s move is estimated to have cost Jersey hundreds of millions of dollars. When one-time New York resident Thomas Golisano decamped for Florida, he cited high taxes as his reason, too.

In the early 2000s, when California passed the first of several levies on high-income residents, one fifth of the state’s seven-figure earners moved out; economists estimate that the initial outmigration of just a few thousand wealthy residents from California accounted for the state’s “surprise” 2003 budget deficit. Sacramento is still calculating the dollar loss from the net outmigration of high-income residents that began in 2012, when the state hiked tax rates 30 percent on incomes over $500,000.

Millionaires’ taxes also cause volatility. Commerce Department statistics show that, on average, states that rely on millionaires’ taxes derive one-third of their income-tax revenue from the top-earning 1 percent of residents. California, with a population of some 40 million, relies on 5,500 families for almost one-fifth of its income-tax revenue. The wealthy targeted by these taxes derive their income disproportionately from investments, thus exposing the taxing jurisdiction to the vagaries of the financial markets.

Ominously, all the states that have instituted millionaires’ taxes admit to having stepped up their surveillance of taxpayers—by name. They monitor their quarterly payments and investigate their travel to test whether they really live where they claim. Connecticut, for instance, has opened a special office dedicated to tracking the quarterly tax payments of 100 of its top earners. Kim S. Rueben, senior fellow of the Urban-Brookings Tax Policy Center at the Urban Institute, describes these practices as simply “keeping an eye on people, seeing where they are and enforcing the tax rules.” But such scrutiny raises civil-liberties questions about unwarranted government surveillance.