Warren May Be Done For 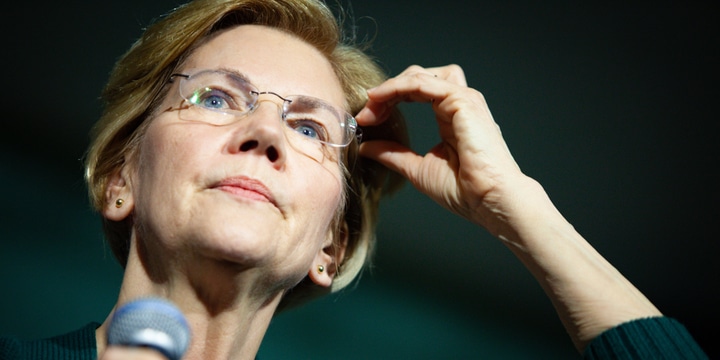 Senator Elizabeth Warren continues to be a source of pride for the Democratic Party. It doesn’t make a ton of sense considering she has been slipping in the polls. No amount of plans, impeachment hysterics, and pandering to the socialist left will help her recover. Warren’s campaign doesn’t know this, they seem content with going after smaller and lesser known candidates. Someone should tell them that they shouldn’t punch down.

Wall Street Journal has the story:

Ms. Warren’s questions about Mr. Buttigieg’s work at consulting powerhouse McKinsey & Co. from 2007 to 2010 prompted him on Friday to release a summary of his projects there. But he stopped short of providing the full client list Ms. Warren has demanded, citing a nondisclosure agreement he signed while at a company that has drawn fire from some liberals critical of big corporations and elite consultants.

She has also challenged the mayor to make public the names of his biggest fundraisers and open his fundraising events to the media.

Mr. Buttigieg told reporters Friday in Iowa that he understands why his rivals and the media are focused on him so intensely.

“I certainly notice that the better things go for us, the more scrutiny, the more heat there is,” he said. “I welcome that. We’re talking about the American presidency, and you should be able to show that you can handle tough decisions, tough questions.”

Ms. Warren’s drop in polling here has come after a period of debate over her Medicare for All proposal, with more-moderate rivals arguing that it is too expensive and that many Americans don’t want a government health-care overhaul that eliminates private insurance. Ms. Warren says she can pay for the insurance expansion without raising taxes on the middle class, a claim Mr. Biden has repeatedly challenged.

It’s going to take more than Warren’s usual trick of poking at Wall Street to fix the holes in her leaky campaign. With the pointless impeachment trial looming, Warren will be out of commission on the campaign trail while she is required to fulfill her duty as Senator. It’ll take a miracle for her to recover.