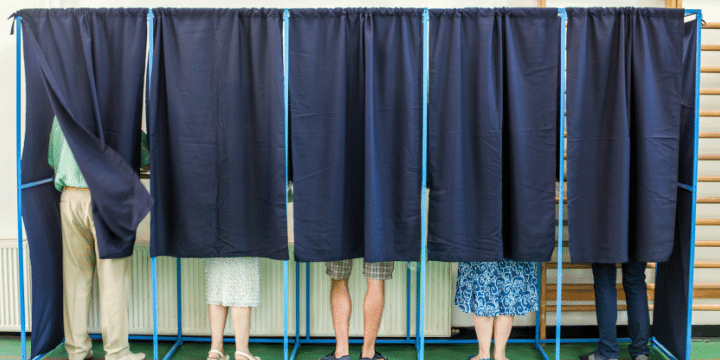 Elections are about choices, and campaigns are about contrasts. Tomorrow, voters will choose which direction the country will take for the next two years. With one day to go before crucial midterm elections, the stakes are high – but just what is at stake?

In our currently polarized political environment, it makes a huge difference which party controls Congress, because – contrary to what some believe – there actually IS a “dime’s worth of difference” between the two parties.

Democrats believe sluggish economic growth – like the anemic 1.5% economic growth in President Obama’s last year in office – is satisfactory, and that we should settle for it. They think we should raise taxes on corporations and wealthy individuals, and have promised to repeal last year’s tax reform – the tax reform that’s helping to create the best jobs environment most of us have seen in our lifetimes. We have to give the Democrats points for honesty on this one – it’s not often that a political party actually PROMISES to RAISE TAXES if allowed to take power.

Democrats believe we should leave in place the stifling regulatory burden they enacted over eight years of control in the White House, no matter how much those regulations killed job creation efforts.

Democrats believe we should pay a tax penalty if we dare choose not to purchase an ObamaCare-compliant health insurance plan, where premium costs (and deductibles, and co-pays) have more than doubled in the last few years.

Democrats believe we should provide amnesty for millions of illegal immigrants, and refuse to fund a wall on the southern border – even though many of their own leaders argued for (and VOTED FOR!) precisely that just a decade ago, when the problem was smaller than it is now.

Democrats believe the United States should allow its interests to take a back seat to so-called “international” interests – whether it’s the Paris Climate Change accord, or the Iran Nuclear Deal, or NAFTA, or Palestinian opponents of Israel, or even the interests of Central American governments that allow their citizens to migrate illegally to our southern borders.

And Democrats apparently believe that basic legal precepts like innocence until proven guilty, due process, and the need for corroborating evidence are outdated and no longer necessary.

President Trump has worked to secure our borders. While we wait for Congress to understand the American people are serious about this issue, including building a wall, President Trump has taken steps via executive action and closed loopholes like “catch and release” to keep our communities safe.

President Trump has eliminated a record number of regulations – on average, more than 22 regulations eliminated for every new regulation put in place. This reduction in the regulatory burden is at least as important as tax reform in generating new and robust economic growth.

President Trump has given us more healthcare freedom, which means more choices. It was under his leadership that the individual mandate – the most hated part of ObamaCare – was repealed, and his administration has overturned Obama-era regulations limiting short-term limited duration insurance and worked to enable states to create programs offering more health care choices at lower cost to their own citizens.

President Trump succeeded where others failed, in delivering the first major tax reform since the mid-1980s. The result? Booming economic growth, to the point where we now have more jobs open than unemployed laborers to fill them. And the stock market is soaring – even with the sell-off during the month of October, the Dow Jones average is up 33 percent in two years. That helps those Americans who are invested in the stock market through their retirement plans, and that’s roughly half the country.

So the stakes are clear – if Democrats recapture control of the Congress, we will return to low-growth economic and regulatory policies, amnesty for millions of illegal immigrants, submitting U.S. vital interests to the interests of other nations, and a havoc-wreaking reordering of due process and the concept of innocent until proven guilty; if Republicans retain control, we will have the opportunity to maintain our current economic growth and possibly even grow faster, with secure borders denying entry to illegal immigrants, more choices at lower cost for our health care, and sustaining an America First trade and foreign policy that benefits all.

The contrast is clear, and so is the choice. Vote Republican.